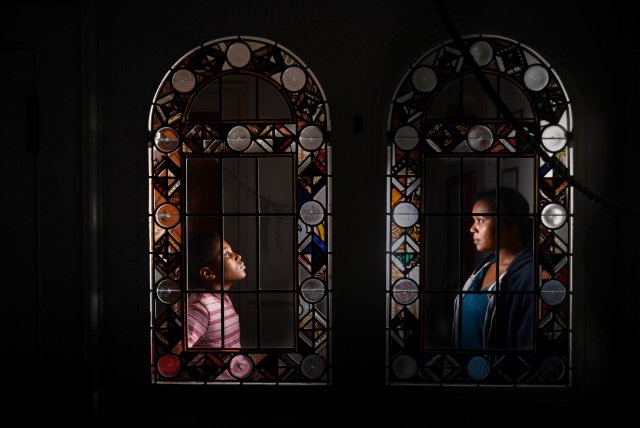 On Site Opera Presents Amahl and the Night Visitors

On Site Opera revived what one hopes will become an annual production of Gian Carlo Menotti's Amahl and the Night Visitors.  In choosing settings for familiar and unfamiliar operas, On Site adds an intriguing dimension to the form.  With Amahl, the location in the Holy Apostles Soup Kitchen returns the opera to its original meaning.  This is a season which celebrates loving kindness as the heart of the human experience.

NBC Opera commissioned this work as a Christmas piece.  Menotti accepted, but found himself with no ideas about a story.  One afternoon he was wandering in the Metropolitan Museum of Art.  Hieronmymus Bosch's Adoration of the Magi caught his eye.  He recalled warmly his childhood in Italy.  There Christmas began on December 24th with the birth of Christ.  It did not end until the arrival of the Three Kings at the end of what came to be called Epiphany.

Menotti wrote fast and beautifully.  The moving and lovely score is accessible to amateur groups, making this the most often performed opera in our country. The arc of the story and its balance are just right.

In Manhattan's largest Soup Kitchen, the crippled boy, Amahl, and his mother are living in a shelter.  Struggling to survive, the mother has lost her joie de vivre.  Her playful, impish son has not.  He sees a fat star in the sky. It has a long tail. His mother dismisses the vision.  When a knock at the door startles her, she asks Amahl to answer.  In the haunting four note incidental leap that returns to its origin in the two-note phrase "Mo-ther," Amahl begs her attention.  Two more knocks and two more kings later, the mother finally goes to the door.  Her son is not mad. She has important guests, pushing shopping carts and strollers.

Aundi Marie Moore sings the Mother with a rich, full-throated soprano.  She is a superb actress. Yet the etching of her role, her motherly concerns which she cannot meet and her ultimate redemption, are all caught in varied tones full of color and depth. As her son, Devon Zamir Coleman matched his mother's purity of voice.  He is undeterred by his limp.  Hope is ever present and found in the instant through a star and three knocks.

Julius Ahn, Daniel Belcher and Musa Ngqungwana bring to the Kings earthy realization in their out of this world singing.  Jonathan R. Green becomes a gruff security guard.

The chorus master Michael Ciavaglia assisted with choirs located throughout the space. Choristers included voices from the neighborhood, women and men who have personally experienced homelessness.  The complex mix of theater and social reality was perfectly melded together.

The impeccable shape of the drama is brought forward by director Eric Einhorn.  This year's iteration had more air.  The orchestra conducted by Geoffrey Mac Donald wafted through the large hall, clear as a bell.  MacDonald says the production is a work in process.  We eagerly await next year's version of Amahl.