All Stars at The Cabot in Beverly, MA. 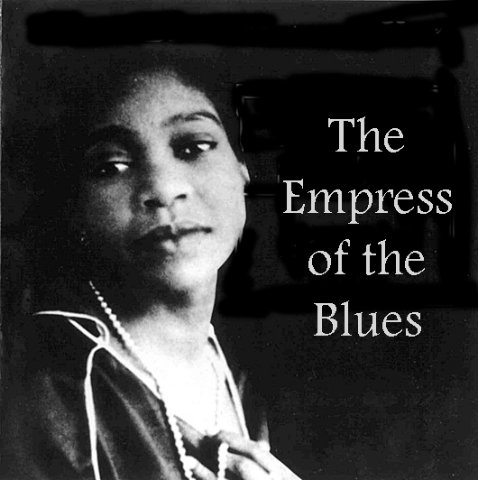 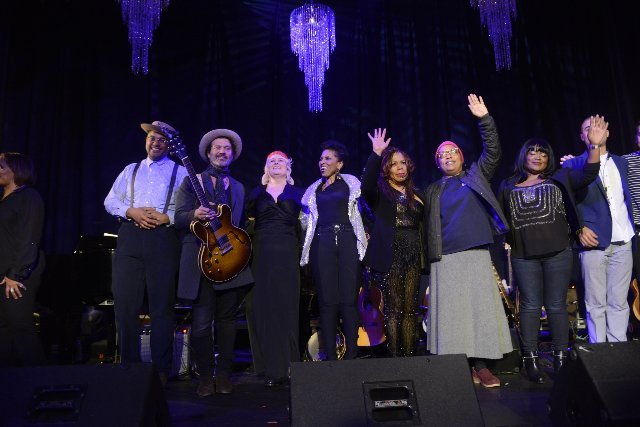 An all star tribute to Bessie. Eric Antoniou photos. 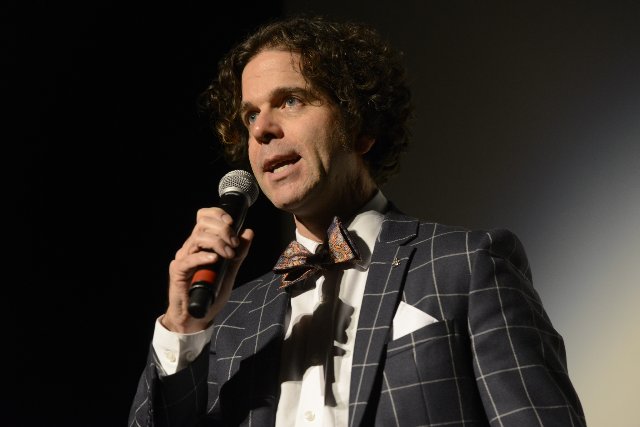 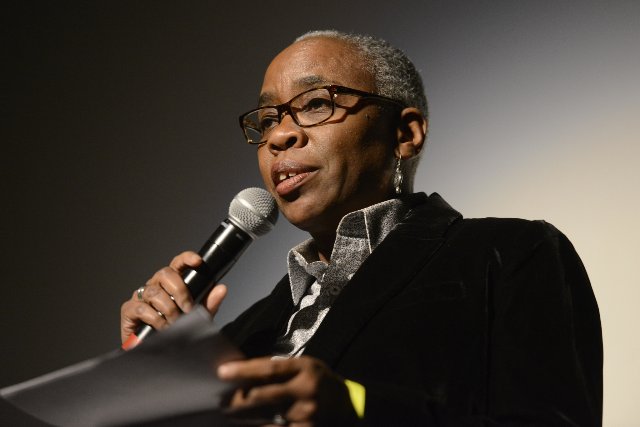 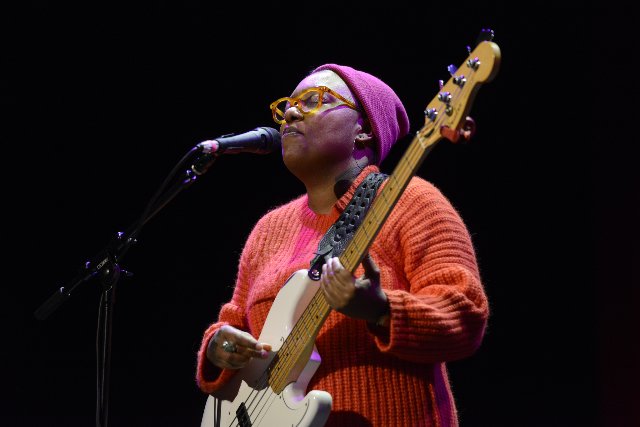 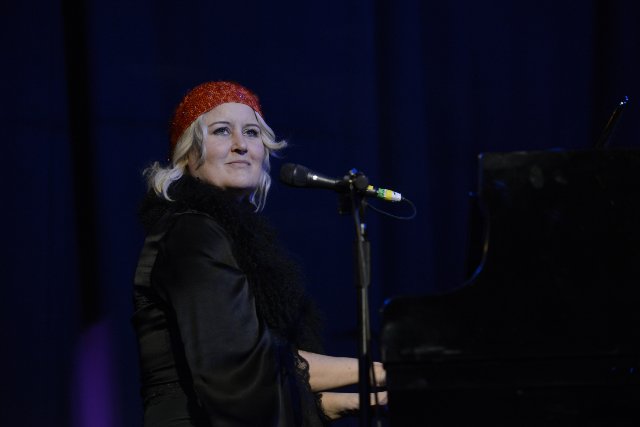 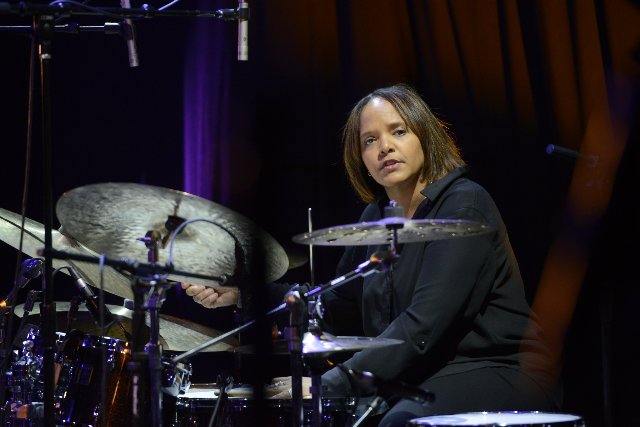 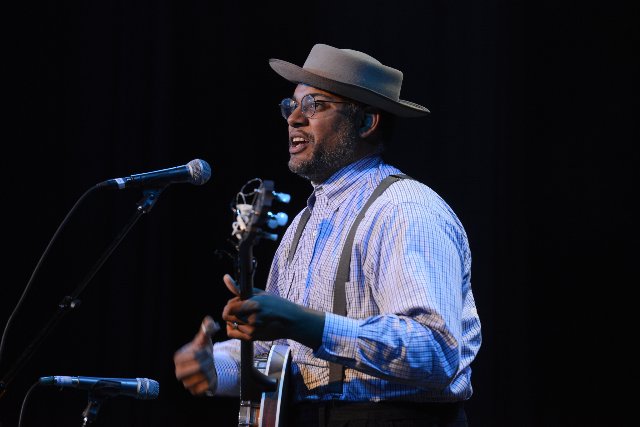 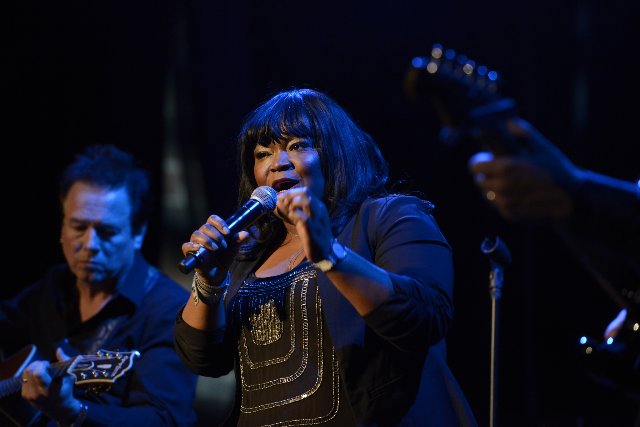 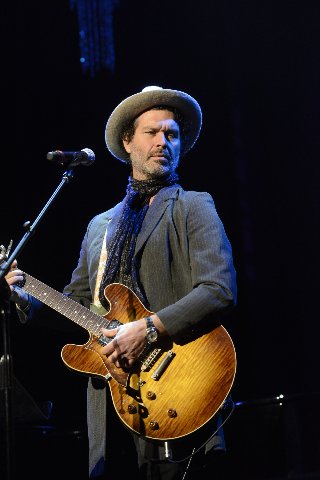 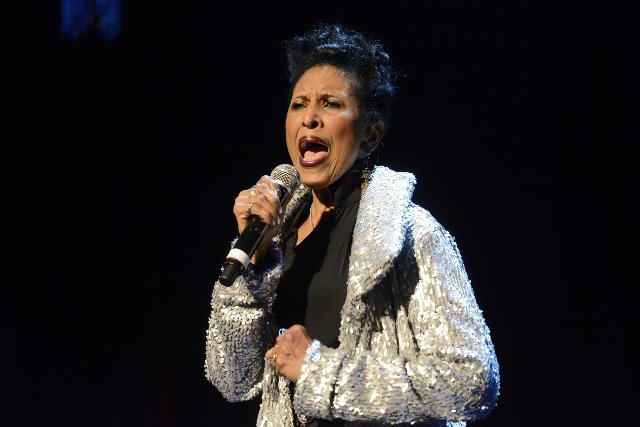 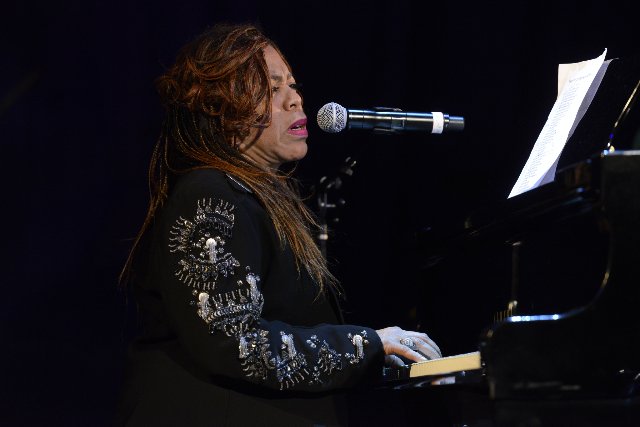 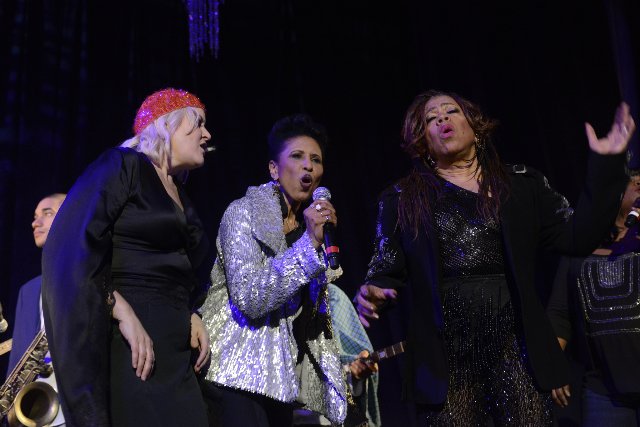 On December 4, The Cabot, in Beverly, Ma. celebrated the legendary “Empress of the Blues” Bessie Smith. The special event showcased the newly renovated 1920s theater which is turning 100 years old. The stellar evening was a benefit, kick-off event for the coming centennial.

When The Cabot was launched Smith was establishing a singing career. She soon became legendary for a  passionate, powerful voice and soulful blues songs. She was to influence major blues vocalists and songwriters including Billie Holiday, Janis Joplin, and Nina Simone.  Queen Latifah played her in a 2015 HBO biopic.

Along with Louis Armstrong, Smith became one of the highest paid entertainers of her era. The gala event supported  The Cabot’s efforts to complete years of renovations by its 100th birthday in 2020. It featured an eclectic mix of all star musicians combining blues, folk, R&B and jazz.

Hosted by Philip Martin (WGBH News) and Renee Graham (The Boston Globe, WBUR FM), the evening was a tour de force of arrangement, performance and stage management. It was challenging to get all these acts, with diverse styles, sharing the same stage. Hats off to J. Casey Soward, executive director, and Sue Auclair, director of marketing and communication & business development.

A sold out event was delivered with grace and style by musicians including Paula Cole, who curated the show as artistic director. Cole, who won a best new artist Grammy Award in 1998. She  just released her latest album, “Ballads” (2018, 675 Records), a collection of Great American Songbook covers. Gifted, with a soaring and powerful voice  she broke into full vamp with her red 1920s style hat and long black evening dress, belting out Smith’s raunchy “ Kitchen Man.”

Meshell Ndegeocello took the stage with a recognition of applause, just releasing “Ventriloquism” (2018, Naïve) and a 10-time Grammy nominee. A multi-instrumentalist rapper playing her signature bass tone, gave a quieter vocal rendition to If You Don’t I Know Who Will. With lines like “Squeeze me until I get my thrill, Love me until I get my fill”, Smith’s un-apologetic refrain was carried off in a sexy whisper over a driving baseline.

Revolutionizing contemporary folk music is vocalist Dom Flemons, co-founder of the African roots-based Carolina Chocolate Drops. He is a Grammy-nominee for just released “Black Cowboys” (2018, AAL Recordings). With banjo dexterity extraordinaire it gave twang and twist to the evening. His version of “They’ll Be a Hot Time in the City Tonight” simply cooked, with fast banjo strumming and perfect vocal rasping range. The spirit of Woody Guthrie and Bessie Smith came together for a moment on stage.

Shemekia Copland, with recently released “America’s Child” making it to number 3 on Billboard’s Top Blues Albums, was the truest to Bessie’s style of belted blues. Her grounding in blues tradition started at 16 with her father, Texas blues guitarist and singer, Johnny Copeland. Taking-on Smith’s “T’Ain’t Nobody’s Business If I Do” Copland made it her own. She has the powerhouse voice necessary to convince anyone listening to the lyrics that she meant it.

The ferocious guitarist and songwriter Doyle Bramhall II,  is coming off a new album, “Shades”(2018, Provogue) that features guest appearances by Eric Clapton and a duet with Norah Jones. He had a Dylan-like look  with scraggly beard, wide rim cowboy hat, acoustic guitar, and singing with a passionate moan. Conveying conviction with a heart-rendered style, Bramhall slowed-down the tempo bringing redemption to Smith’s “Trouble in Mind.”

From a different musical direction, bringing a more soulful and R&B sound to the evening, Grammy nominee Nona Hendrix sang the much covered “Nobody Knows You When Your Down and Out.” Hendrix has marched in her own career direction, as a solo vocalist performer and part of girl-band Labelle in the 70’s. They had a cult following in England, politically active and genre-hopping. They ranged from collaboration with the Talking Heads, to New Age, as well as  singing Sun City, with Bruce Springsteen and Bono on the Artists United Against Apartheid.

Hendrix carried her own phrasing and emphasis to the forlorn sorrowful words of “Nobody Knows You When Your Down and Out.” Bessie Smith would have been right there, nodding her head. Hendrix also delivered a shattering version of Billie Holiday’s “Strange Fruit.” There was a haunting, crying remorse to her voice accompanied by discordant screeching of saxophone. It evoked lynching of black men in the south during the era when Bessie was singing the blues.

Valerie Simpson, song writing partner and wife of  Nicholas Ashford, has been inducted into the Songwriters Hall of Fame. She performed the final tribute song, “Send Me to the ‘Lectric Chair.” Simpson, at piano and then up in front of the audience, owned this song with soaring emphasis. With telling lyrics “Judge hear my plea, don’t want no sympathy” she expressed a wronged woman.

A group finale closed a special evening which was an important reminder of the need to continue supporting the legacy of venues like The Cabot.

As a female African American performer in the 1920s, to sell 800,000 copies of her first recording, “Down Hearted Blues” was incredible and inspiring. “She was the Beyoncé of her day” said Sue Auclair. The Cabot, originally opened as The Ware Theater, was a contemporary of Bessie Smith’s career. This beautiful theater was close to the wrecking ball in 2014. J. Casey Seward, executive director of The Cabot points out, “We hope that events such as this will be an important part of the future, to educate and to entertain, and to leave audiences feeling forever changed by the power of their experiences at The Cabot.”

Bessie Smith’s spirit and soul brought back some of that legacy and served as a harbinger for the future of great performances in a grand old theater.