While My Sitar Gently Weeps 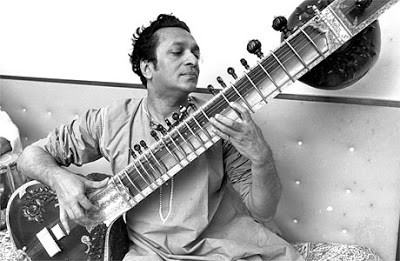 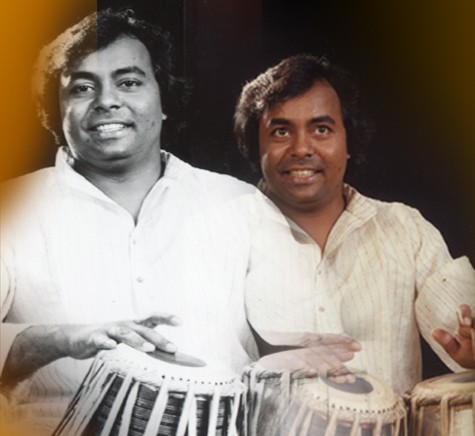 By the time Pamela whom I dubbed Wild Strawberry for her long red hair, a lanky California girl I hooked up with earlier that summer at the Newport Jazz Festival, Joey Sefter, and I hiked from where we ditched my vintage 1947 Pontiac to Bethel Village in the Catskills, there were some half million kids sliding around in the mud. They were looking down the hill of Max Yasgur’s dairy farm toward the stage of the misnamed Woodstock Festival.

The fences blew down early as the mob swarmed over the site. I had press credentials that got us back stage. Out front fresh water and food were scarce with long lines to overflowing porta-potties.

The MC, Wavy Gravy, made between sets announcements about the good and bad acid being peddled. Or the occasional birth. When Abbie Hoffman bounded on stage to radicalize the masses, appropriately, Pete Townsend of the Who kicked his ass big time. Just like one of his helicopter guitar swipes, leaps into the air, or the smashing of instruments with drummer Keith Moon to end a set.

Like clockwork the helicopters landed backstage bringing in musicians as well as fresh fruit and endless champagne.

One of the privileges of VIP access was proximity to porta-potties. Waiting my turn, I froze in astonishment when the door opened and out popped Ravi Shankar who died this week at 92.

With an enormously friendly grin, that is etched forever on the hard drive of memory, he paused briefly in front of me. His clasped hands were raised and touched his forehead with a brief bow of salutation.

It was but one of several remarkable encounters with the master of the sitar and one of the most beloved and influential musicians of his generation.

The first occurred during a 1960s tour when a group of hipsters/ space cadets from Brandeis trekked from Waltham to Sanders Theatre in Cambridge. To get the full impact of the experience there was a pact to drop acid. Wow. Wiggy man.

My friend Russell was so disoriented and paranoid he never made it inside. Swarms and swirls, mandalas of color and sound spun around our senses. It proved to be our initial encounter with the ultimate trip music of an era of drugs, sex, and rock ‘n’ roll.  Other sides included Rites of Spring, Carmina Burana, Coltrane, Mingus, Sketches of Spain, Kind of Blue, and eventually Hendrix or Sgt. Pepper’s Lonely Hearts Club Band.

Do not try this at home.

There was much to learn from Shankar although mostly he was taken out of context and never really appreciated or understood.

In the most simplistic sense there is a relationship between the improvisation of ragas and the forms of bop. It is possible in that regard to equate Shankar to Charlie Parker, Miles and Trane. Which of course is why there was such immediate synergy between advanced jazz musicians and hipster audiences. It meant that our ears were attuned to the changes of a raga which in India, in front of an inspiring audience, can last for hours.

Mostly, in front of empathetic but uninformed American audiences, we were given the short forms of such experiences. One noted by his plastic facial expression the process of digging deeply into his soul to find inspiration and variation based upon traditional frameworks for individual ragas.

Much of that inspiration derived from riffs and exchanges, calls and answers with the tablas.

That night at Sanders Theatre we heard Pandit Chatur Lal (1925 - October 1965) who was as legendary for his drumming as Shankar was for sitar. The interaction between them was astonishing. Never having heard tablas performed live it was astonishing what he managed to evoke from the two hand drums. Each riff seemed ever more impossible to match. Then Ravi came back and upped the ante. It went back and forth as I thought I would just lose what was left of my blown mind.

It was among the greatest performances of my life. Up there with hearing a young Hendrix at the Cheetah (as Jimi James with Curtis Knight and the Flames) or many occasions hangin’ with Miles.

Ravi was a great teacher and ambassador of Indian music. Seated on a carpet he explained the nuances of his instrument, one of the world’s most subtle and complex, as well as the tablas, and the role of the simple but essential drone. He told us how a raga was formed and demonstrated some of the possible variations.

His most famous student was George Harrison who managed to learn enough basic sitar playing to put a few licks into Beatles recordings. Once they outed themselves with “Lucy in the Sky with Diamonds” it was game on and all in. They visited Rishikesh in India in February 1968 to attend an advanced Transcendental Meditation (TM) training session at the ashram of Maharishi Mahesh Yogi.

That crashed when the guru proved to be a perv and scam. It resulted in the telling song “Dear Prudence” about the misfortunes of the sister of Mia Farrow.

While the other lads moved on to new interests George remained fixated by the potential of Eastern music and philosophy. A landmark of that remains the recordings of the benefit Concert for Bangladesh which Harrison and Shankar organized. It was held at 2.30 and 8 pm on Sunday, 1 August 1971, playing to a total of 40,000 people at Madison Square Garden in New York City.

An immersion in Shankar led to my widened interest in Indian music including many folk forms as well as dance. Not long after the first Shankar tour we heard the master of the sarod Ali Akhbar Khan (14 April 1922 – 18 June 2009). While astonishing he was a less charismatic presence.

It has taken most of a lifetime, however, to learn Shankar’s greatest lesson. That the music was not about drugs. That it related to tripping was entirely a coincidence. Shankar was the living embodiment of an ancient tradition. His playing represented a lifetime of discipline which many have emulated and none have matched.

Today, getting deeply into the music of Ravi Shankar is a natural high.