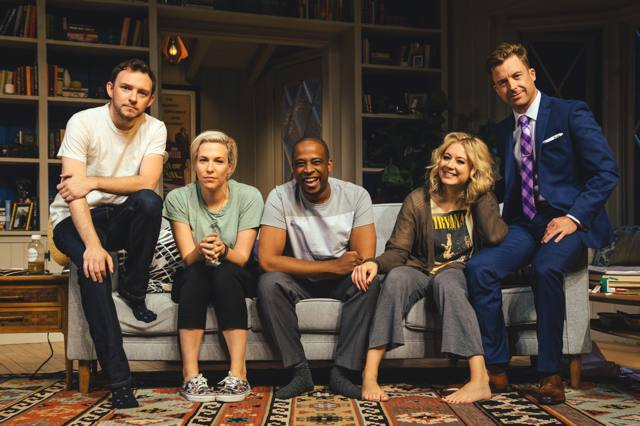 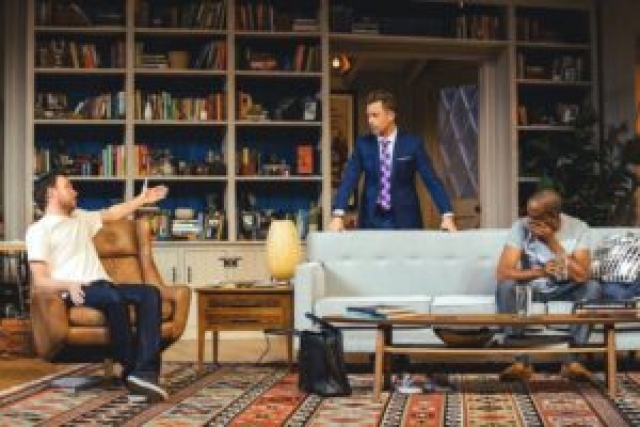 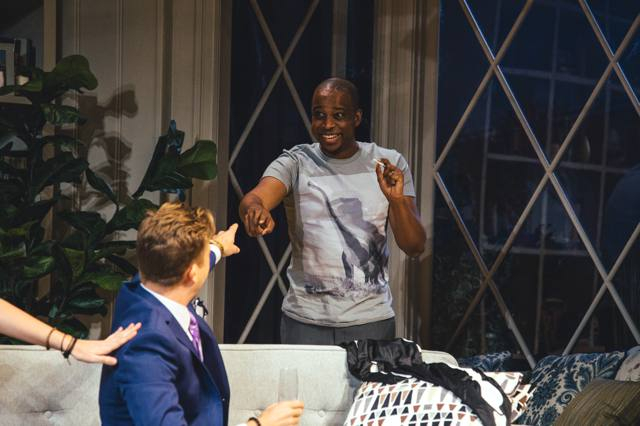 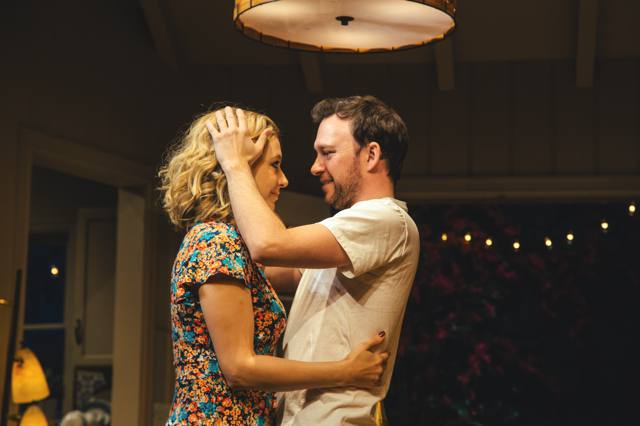 Hollywood is a magical word in the world of show business.  It conjures up feelings of glamor, celebrity, and money… tons of it. And of course, when money enters the picture (pun definitely intended), powerful men and and women cannot be far behind.  And the gold mine at the end of the rainbow is Television.

Ask any budding writer in Los Angeles, what his or her choice of a dream job is in the industry would be, and nine times out of ten, the savvy ones will say ‘show runner’.  If you’re the show runner, you’re the creative executive writer and the producer with immense influence and power that controls the syndicated/re-run market where the really big money gathers in piles in every room in your home or bank.  Yes, the stage is the touchstone of the performing arts, and the movies once were kings of the box office, but the Mother Lode now is television and everyone wants a piece of the action.

“Icebergs” is a Geffen Playhouse World Premiere production written by Alena Smith, herself a TV writer, and is smartly directed by Geffen Artistic Director Randall Arney. The Geffen has been the venue of choice for many of Los Angeles’ emerging playwrights due to the proximity of Hollywood and a steady stream of available quality actors thanks to close-by TV and movie production companies.  LA is an ‘industry town’ and many Geffen productions are sprinkled with familiar faces from TV, stage and movies.

In short,  the plasy tells the story of a millennial married couple who both work in the industry.  Calder an up and coming movie writer/director nicely played by Nate Corddry, and Jennifer Mudge as Abigail, his beautiful but neurotic actor wife. Abigail is an established leading lady who is beginning to be aware that her biological maternal clock is ticking away and that she and Calder must make some career altering choices.  A career or children?  They have been trying to get pregnant but without luck.  Besides, they reason, with all the talk these days about “climate change”, maybe kids should be not on their radar screens just now.

Into this flux-filled weekend comes Calder’s old college roommate Reed (Keith Powell), a paleontologist and science professor who is attending a science conference this weekend on the subject – you guessed it – climate change.  In addition to Reed, Abigail’s unpredictable, wisecracking tarot card reading friend Molly (hilariously played by Rebecca Henderson) unexpectedly drops in. Abigail and Calder’s agent Nicky played by Lucas Near-Verbrugghe, is spot on as a schmoozing Hollywood agent looking out for his clients.

In one scene, the issue of whether Abigail should be given the lead role in Calder’s screenplay which has not yet been cast comes up.  But Nicky diplomatically says he thinks the studio may not green light it with Abigail in the part.  Calder loyally says to Nicky it’s my movie and either Abigail plays the lead, or it’s no deal. That scene becomes a bit of a stretch in order to believe that this type of dialogue rings true in an industry where hard-nose executives wear flak-jackets under their business suits for safety and eat noble and loyal writers for breakfast.

“Icebergs” is a light, nice, TV sitcom-like play with plenty of laughs. The actors are solid, in their verisimilitude performances, but it’s not like they’re splitting the atom or solving world hunger during this weekend in LA’ Silver Lake District setting. It’s just a-slice-of-life peek into the up and down machinations of the television/move industry, along with the decision of whether two millennial Hollywood professionals should plan to have children or not.

“Icebergs” performs at the Geffen Playhouse on the Gil Cates stage and runs through December 18, 2016.