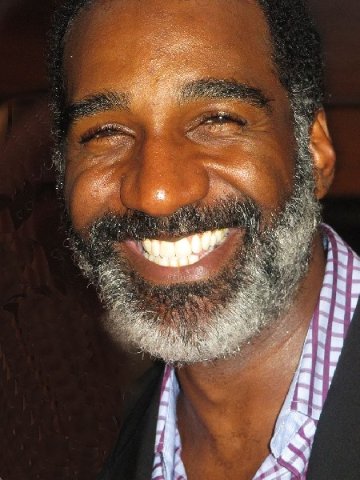 American Repertory Theater (A.R.T.) at Harvard University announces today that Broadway star Norm Lewis (ExtraOrdinary special guest, The Gershwins’ Porgy and Bess) will be the guest on the December 29 episode of The Lunch Room, the theater’s virtual talk show with artists, activists, and civic leaders. The live hour of curated conversation and interactive Q&A begins at 12PM and is free with registration at http://amrep.org/LunchRoom.

In addition, tickets to Norm Lewis: Christmastime Is Here, Lewis’s streaming holiday concert, are now available at AmericanRepertoryTheater.org; each sale from A.R.T.’s website will directly support the theater. Norm Lewis: Christmastime Is Here premieres Thursday, December 17 at 8PM and streams on demand through December 31. It is part of the 54 Below Premieres series.

Lewis and his holiday shows at Feinstein’s/54 Below have become a theatrical tradition over the past five years, and this year will be no different as Broadway’s charming and acclaimed leading man returns to perform a very special concert online this year featuring Sierra Boggess and Norm’s cousin, the renowned Pastor Bobby Lewis, as well as few surprises.

Lewis will be joined by his swingin’ band—Musical Director Joseph Joubert on Keyboards, George Farmer on Upright and Electric Bass, and Perry Cavari on Drums and Percussion—to perform material from past shows, from The Norm Lewis Christmas Album, and new songs he’s excited to debut as he reflects on 2020. Norm Lewis: Christmastime Is Here is directed by Richard Jay-Alexander and executive-produced by The Katz Company.

Norm Lewis previously appeared at A.R.T. as a special guest in ExtraOrdinary and as Porgy in The Gershwins’ Porgy & Bess as well as in its Broadway run, for which he received a Tony Award nomination. He can currently be seen starring in the Netflix film Da 5 Bloods by Spike Lee and in the Hulu miniseries, Mrs. America. He was previously seen in the NBC television special, Jesus Christ Superstar Live in Concert!, alongside John Legend, Sara Bareilles, and Alice Cooper. He recently appeared in the Broadway revival of Once on This Island and as Sweeney Todd in the Off-Broadway production of Sweeney Todd: The Demon Barber of Fleet Street at the Barrow Street Theatre, receiving the AUDELCO Award for his performance. In May of 2014, he made history as The Phantom of the Opera’s first African American Phantom on Broadway.

Lewis has been seen on PBS in the Live From Lincoln Center productions of Showboat with Vanessa Williams, Norm Lewis: Who Am I?, and New Year’s Eve: A Gershwin Celebration with Diane Reeves, as well as American Voices with Renée Fleming and the PBS Special First You Dream – The Music of Kander & Ebb. He can be seen recurring in the VH1 series, Daytime Divas, also alongside Vanessa Williams. His additional television credits include Better Things, The Unbreakable Kimmy Schmidt, Bull, Chicago Med, Gotham, The Blacklist, and Blue Bloods, as well as in his recurring role as Senator Edison Davis on the hit drama Scandal.

Lewis is a proud founding member of Black Theatre United, an organization which stands together to help protect Black people, Black talent, and Black lives of all shapes and orientations in theater and communities across the country. In addition to the Tony Award nomination, he also received Drama Desk, Drama League, and Outer Critics Circle award nominations for his performance as Porgy in the Broadway production of The Gershwins’ Porgy & Bess. Other Broadway credits include Sondheim on Sondheim, The Little Mermaid, Les Misérables, Chicago, Amour, The Wild Party, Side Show, Miss Saigon, and The Who’s Tommy. In London’s West End he has appeared as Javert in Les Misérables and Les Misérables: The 25th Anniversary Concert, which aired on PBS.

Off-Broadway Mr. Lewis has performed in Dessa Rose (Drama Desk nomination, AUDELCO Award), Shakespeare in the Park’s The Tempest, The Two Gentlemen of Verona (Drama League nomination), Captains Courageous, and A New Brain. His regional credits include Porgy in The Gershwins’ Porgy and Bess (A.R.T.), Ragtime, Dreamgirls (with Jennifer Holliday), First You Dream, Sweeney Todd, and The Fantasticks. His additional film credits include Magnum Opus, Winter’s Tale, Sex and the City 2, Confidences, and Preaching to the Choir.