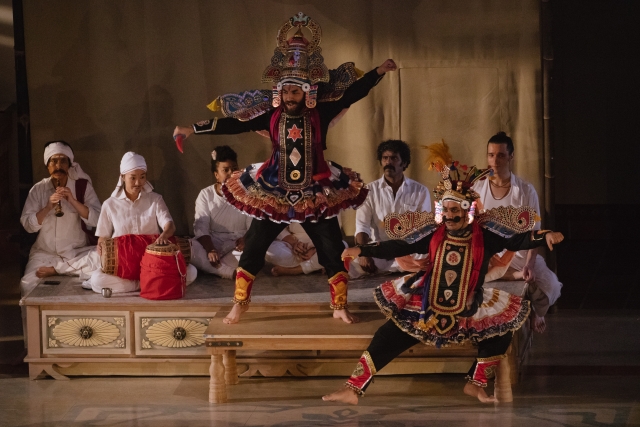 A Room in India at the Park Avenue Armory 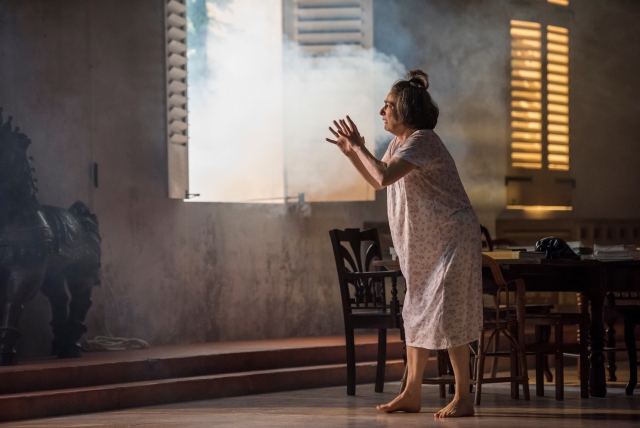 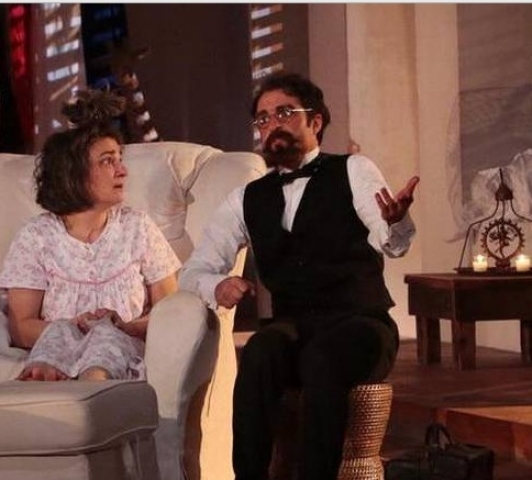 Hélène Cixous and Dr. Chekhov, a man with answers 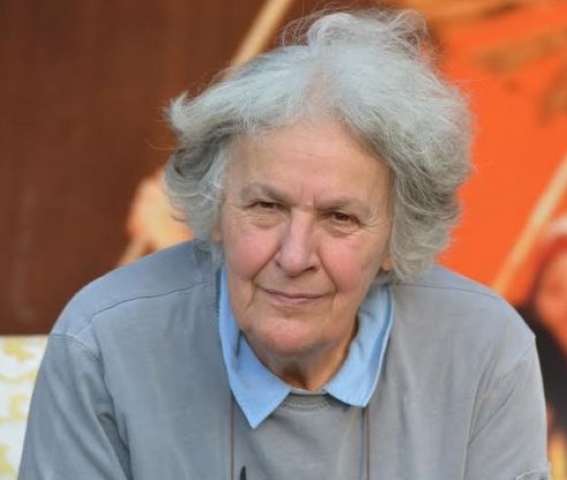 What makes a room? Or a room of one’s own? Virginia Woolf wrote, “…there is no gate, no lock, no bolt that you can set upon the freedom of my mind.”

In Théâtre du Soleil's production of A Room in India, Cornélia lies on her bed, seemingly shut off from the world in one room. She is alone, left to feel, imagine and dream of other selves in the outside world. Yet her thoughts are dramatized, the outside world comes in and dreams are enacted before her eyes and ours. If you are trapped in the room like this one, you may even be visited by an exterminating angel or a terrorist.

The outside world announces itself with the milling of crowds on the street outside the windows and loud voices. It impinges, coming through the open windows.   In India, monkeys jump on your telephone table.

The room looks like one of the elegant rooms in Pather Panjali. We are in Pondicherry, India where Ariane Mnouchkine created this work. She has come to find a meaningful tale to tell on stage.

Mnouchkine has adopted three stories from the epic Mahabharata to intersperse with Cornélia’s dreams and the roiling crowds and terrorist activity that surrounds us all. The stories tell of rape and war. Judit Jansco and Shaghayegh Beheshti whirl and ululate, to almost a mad state. For Beheshti, her husband has told her just before he goes to battle that he is born of the Gods and that he will die. War and death are around us at every moment. The whirling, ululating sense is ours too.

At times the quotidian of Cornélia’s life takes over, and then the actress Helene Cinque moves with infinite specificity, each limb, each finger and each toe captures character. She wrests herself from a fetal position, covered in comforting white sheets of her bed, to grab the phone, where she talks to Astrid the administrator. A nearby fax often spews out what looks like a lapping green tongue of paper.

The play can be funny at moments. One deliciously amusing scene involves a group of Saudi Arabian men questioning Irish women leaders on a TV show. The men do not want to go to the top of the list as the best country in the world to women. They desperately want to be higher on the list than Iran.

The methods of the Théâtre du Soleil are well-known. Actors, crew and the tech staff are all paid the same salary. Works are developed collaboratively. When Mnouchkine decided to work in India, everyone traveled to Pondicherry.  Everyone is expected to contribute and richly does. The rewards are remarkable theater.

In a multi-windowed room stage left there is a muted electronic keyboard with a drum tucked under it. From time to time, tones waft into the room. Drumbeats from the shiny surface of the drum’s base tucked under the keyboard punch out. During a performance from the Mahabharata, a group of musicians jangle and thump on a long low bench.

The curtain of the stage for the epic scenes is a sheet held high, the female performer often hidden. At one point her husband begs to see her, and a small window appears so that her head becomes visible. The evening is full of these delightful touches.

We get reports of terrorists attacks in Paris. Terrorists invade and retreat. One official expresses dread of being sent to Kabul often enough to have Kabul become the “Moscow” of this work.

In the second part, Chekhov himself appears, pleading with Cornélia to produce one of his plays and simplify her life. As he takes out his doctor’s bag and examines her, three lithesome women brush up the room and open windows to sun and light. Bird calls are no longer crows, but now songbirds. Cornélia does not have to start from scratch if she accepts Chekhov’s proposition. As Chekhov leaves, he calls for Masha, Irina and Olga to follow him. We smile in recognition again.

In the final scene, a terrorist group gains entry. There is mayhem and rifle fire. One terrorist strips off his hood and takes the microphone to plea at length in what is more simply put, a Rodney King suggestion: We can all be in this together. We are. Théâtre du Soleil fixates us in their apt creation at the magnificent Park Avenue Armory.

At the Park Avenue Armory through December 20.