Songs and Spirituals Tell a Story 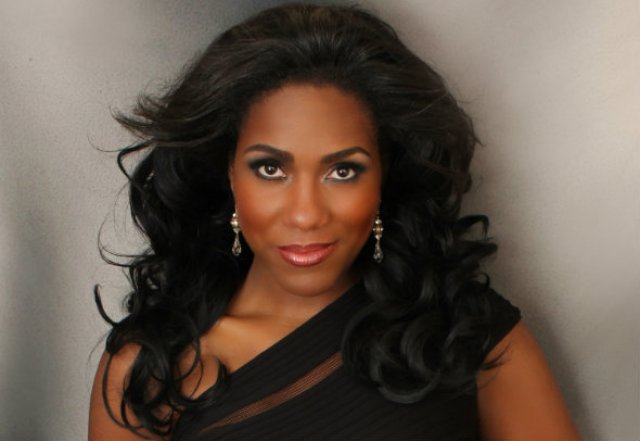 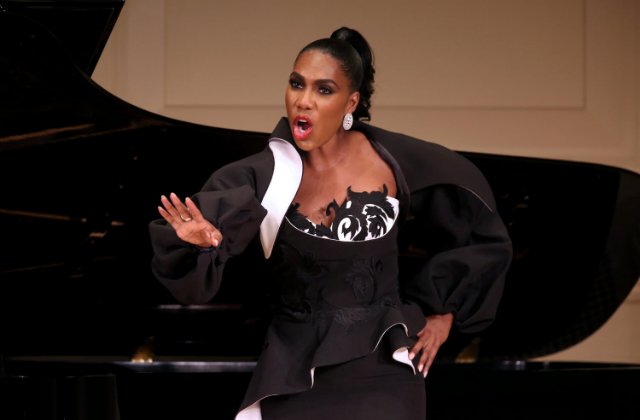 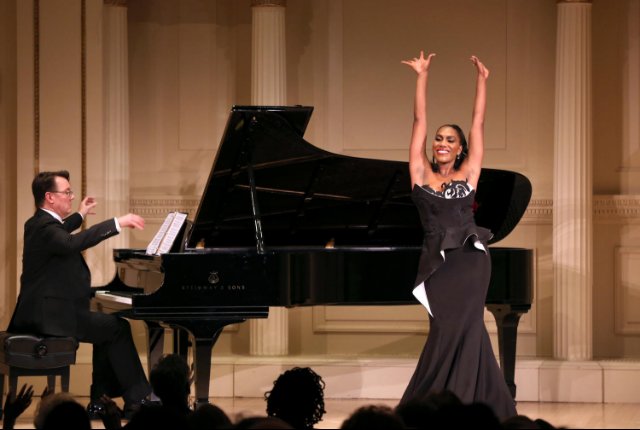 Hallelujah by Markham and Bridges 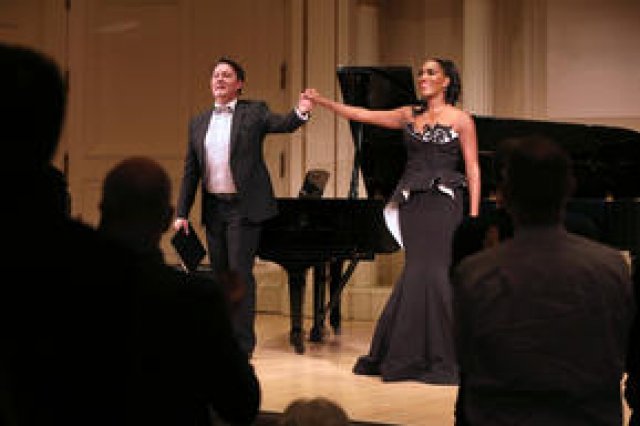 Teaming up for the ages 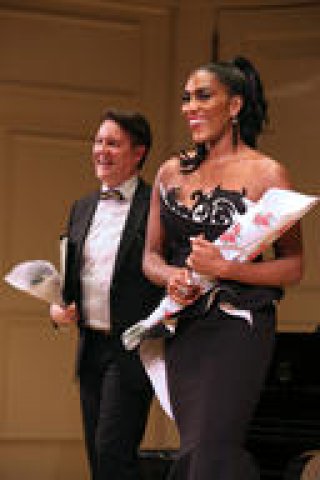 Flowers for both partners 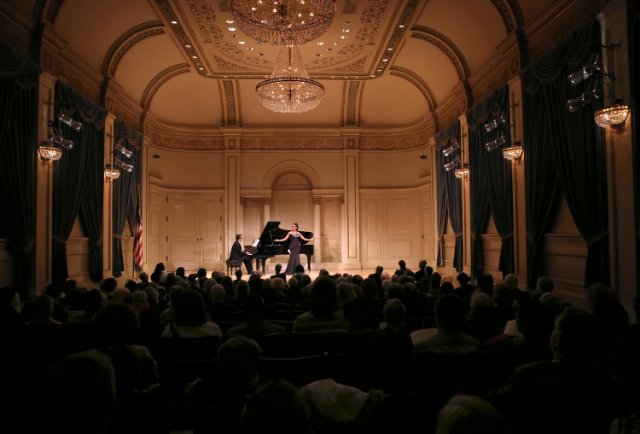 J’nai Bridges told us stories at her concert in the Weill Hall of Carnegie. She opened her evening with a spiritual invitation to listen to stories arranged by Bridges and her stunning partner on piano, Mark Markham. Singing to her collaborator at the piano, and then into the instrument for resonance and finally out to us, "I Told You a Story" is a testament of faith in joyful song. Spirituals and lullabies bracketed the program. This is the music that jump started Bridges' singing career,

A brief and uncharacteristic yet lovely early lullaby of Charles Ives followed. Bridges brings a tender, whispered line to this music. In performance, Markham and Bridges seem to have all the time in the world to open up their musical world. Yet nothing lingers too long. Timing celebrates the sound of the music and its after-tones.

Margaret's Lullaby, from Richard Danielpour's opera for which Toni Morrison wrote the libretto, poignantly speaks of a mother who killed her daughter who was destined for a separate slavery.  The first part ended with Undine S. Moore's adaptation of To Be Baptized, a rousing uplift of song.

Bridges wore a smashing strapless black dress lightly accented in white over her heart and also under the peplum around her waist. In the first half of the program the dress was topped with a jacket with billowing sleeves.  As she bared her heart, she took the jacket off.

A formidable interpreter of song literature, Bridges powerful voice ranges comfortably over many octaves. Its heart is in the coloratura contralto of her lower register. Her florid notes suit the difficult Kindertotenleider of Gustav Mahler as well as the simple lines of gospel.

If Mahler and Ravel are esoteric, their exotic lines were perfectly displayed by Bridges. For so long, black peoples' only peace came in heaven. Shawn Okpebholo's Oh, Glory, made respite seem near and pleasing.  Bridges reminded us of the joy of dance and laughter which masked the deep pain of poet Langston Hughes cries in Minstrel Man.

Rooted in church music, Bridges launches into spirituals' life with gusto in Plenty Good. The wild romp of Riding on to Jesus concluded the formal program. The radical inclusiveness of God, or whatever you call her, circled the concert hall.

Bridges' voice is unique among singers today. Only the Polish contralto, Ewa Podles sounds at all like her. Podles sings everything from Baroque to Shostakovich and one hopes Bridges will too, in concert and on the opera stage.

For her encore, Bridges inhabited Carmen, keeping its famous beat as she flirted with Markham and threw roses to an enthusiastic audience. She is a superb actress, moving her gorgeous voice to the emotions of the words and notes she is singing.