Blues in the city. 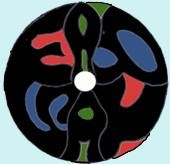 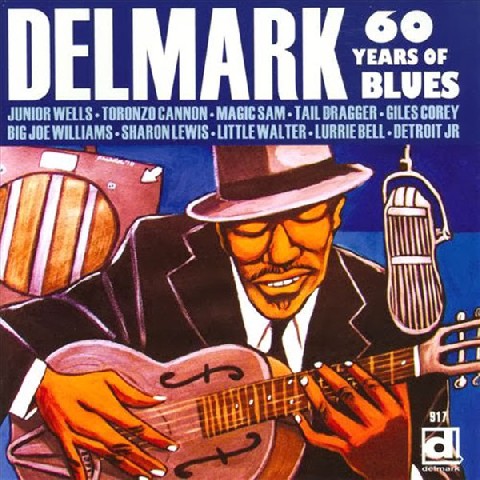 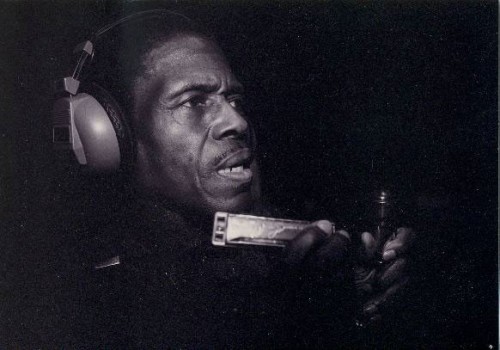 Junior was one of Delmark's early finds. 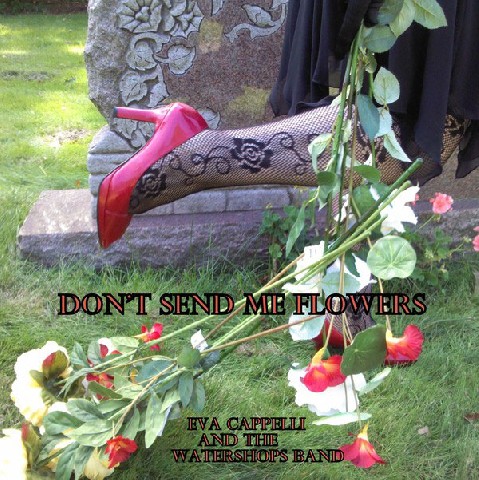 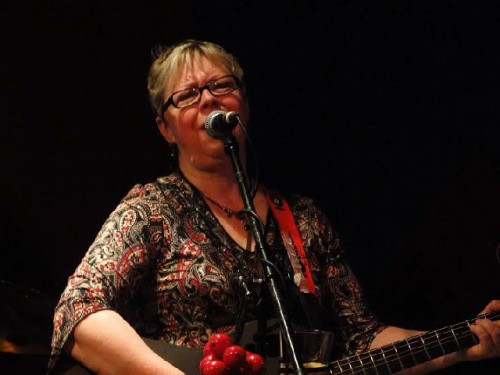 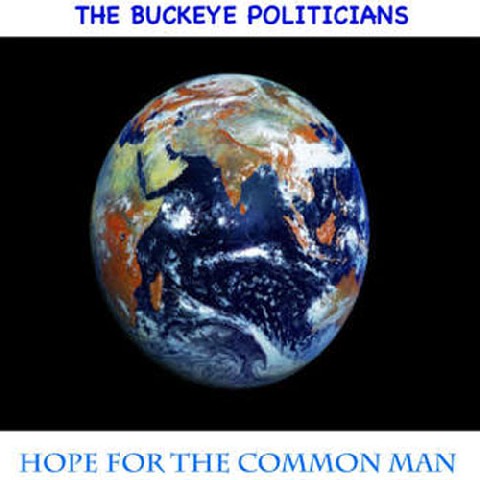 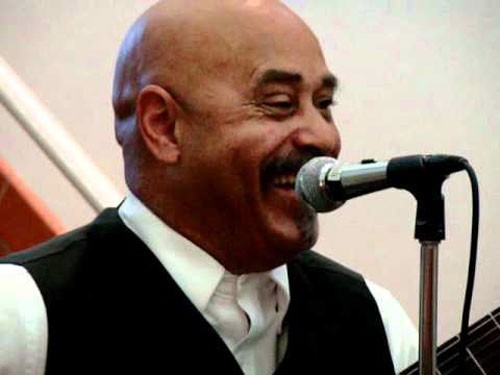 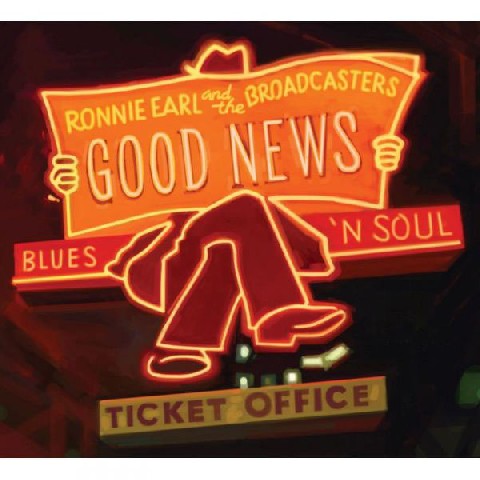 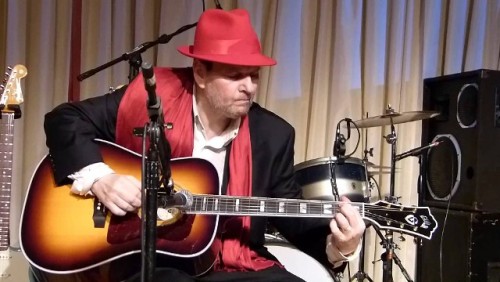 Ronnie Earl of the Broadcasters.

We began our previous installment of Christmas Blues with the statement that “As a musical genre, Blues can be compared to the environmental concept of an invasive species.”

As more and more of its performers and audiences moved to the cities, the genre took on urban characteristics as well. Style and technique became more dominant, all too often at the expense of taste. Not so for these four grand albums that reflect many of the variations of the urban hybrids and pay tasteful homage to the adaptability and the complexity of the root forms.

Of the four noted here, only two are likely to come to the attention of many listeners and those two only to fans who pay diligent attention to the marketplace. As in my previous installment, each of these would make a worthy addition to the cd shelves of critical music listeners and most of those Blues fans with a liberal interpretation of what comprises the form.

In the early ‘60s, as the first, I believe, Boston area distributor of Blues recordings outside of the race market, we were literally chased out of many local record stores with threats that the police would be called should we attempt to bring our “filth” into their stores again. One of the earliest labels we carried was Delmar, subsequently Delmark records which at that time included recordings by Big Joe Williams and the then and still unique, Sleepy John Estes.

As their catalogue expanded to include some of the Chicago urban Blues innovators such as Junior Wells and Magic Sam I was suspicious and worried about the direction in which Delmark might be headed. Phone conversations with Delmark founder, Bob Koester, made me realize that our favorite musical form was just not about to stagnate within the confines of a rigid form imposed upon it by a white-bread cultural mentality.

This compilation is helping me to catch up with many of the urban blues mutations that have occurred over the last 50 years.
Bob and Delmark have hewed the line far truer than many other Blues labels and these sixteen represent what they feel characterize the last 60 years.

“When They Played The Real Blues,” my first, but by no means my last listen to Studebaker John’s Maxwell Street Kings launches the program with energy and panache, followed quickly by Junior Wells and his now classic “Rock Me Baby.” Other classics include Big Joe Williams “‘44’ Blues,“ and the juicy “Stop That Thing,” by Sleepy John Estes, plus an appearance by The Little Walter Trio, yep Little Walter on vocals and harp with Muddy Waters on guitar and Baby Face Leroy on guitar and bass drum, “Just Keep Lovin’ Her,” is an album highlight.

The performance of Blues train by haron Lewis & Texas Fire was my least favored cut and struck me as unremarkable while Lurrie Bell, Detroit Jr. and Toronzo Cannon, who closes out the program all aroused some curiosity.
While I remain unclear as to the criteria they used to settle on these tracks as representative of the last 60 years I nonetheless recommend the effort to you without reservation. I’m told Bob Koester still turns up every day for work. It just goes to show you what love of the music can do for a man.

Eva Cappelli, is a Blues singer-songwriter from Western MA. There are four things that I particularly like about this release. Eva sings with near perfect diction and rarely do I have to strain to catch any word. She writes songs that not only reflect her life experiences in both real-world and inner reality, framing each story in a way that provides us a personal connection to that experience. There is no unattached emotion expressed, every bit of it securely anchored to a recognizable image or simile. Witness this verse from Timber.

This simple image, so imbued with hope, lack of control, risk of disaster, is easily recognizable to anyone who has given themselves up to impending love.

Throughout the recording, from the title song Don’t Send Me Flowers up to but excluding the final cut, Finally Over You, Eva gives us vignettes so familiar to musings and experiences similar to ones in our own lives that we easily associate. With eminently sing-able lyrics and melodies, we are even more enabled to connect with the material.

I excluded Finally Over You, the last cut, because while I found it interesting as an experiment in mood and presentation, it does not feel finished to me.

Finally, the arrangements by Joe Carvahlo provide a subtle and intricate setting for Eva’s voice that reinforces the performances without ever obscuring them. It is rare that I find the backup to a vocalist interesting enough to warrant the opinion that it is worth listening to just for itself, but in this case I am comfortable with that claim.

Eva’s style fits comfortably in the country and honky-tonk genre. Her presentation reflects wisdom and chagrin as she reflects not only enduring, but sometimes surmounting, life’s trials.

The Ohio based Buckeye Politicians will delight you if you remember groups like The Drifters, Temptations, Platters, Coasters, Clovers or Miracles and their music holds pleasant memories for you. While this release honors style from the past for that is clearly where its roots are planted its fruit is just as clearly contemporary.

The title for this release, given their history seems relevant and more than appropriate.

Originally a gospel group of three brothers, The Almonaires who went from opening for daddy’s group to becoming headliners themselves, leaving gospel behind for soul, first as the Vondors, then as the Soul Partners and finally in the early ‘70s they changed once again to become The Buckeye Politicians.

Their hallmarks, then as now, are tight ringing harmonies, superlative phrasing, smooth vocal styling and instrumental arrangements that are complex, entrancing and naturally fit each performance.

Their greatest failing was a lack of fortune.

In 1970, signed to EMI they went to London to record in the Abbey Road studios. Their producer was Alan Parsons who had engineered Pink Floyd’s Dark Side Of The Moon. After six months in the studio, the tapes were put on board a Pan-Am plane for the USA where they were to be mixed. Pan-Am lost them and EMI had not made backups.

Back in the USA, and back into the studio this time in the Beach Boys studio in LA with Jeff Barry of Monkees fame producing. Months later the finished product was bought by Utopia records for distribution by RCA. Disaster struck again as RCA sued Utopia to end their agreement and without promotion, the album slipped into obscurity. So an up and coming r&b group with a fanbase that included musicians as diverse as Lionel Ritchie, Dionne Warwick, James Brown, Deep Purple, Freddie Mercury and John Entwhistle fell into depression and obscurity.

Now 40 years later with two of the original members, LA Almon, (unfortunately now deceased), Jay Almon, Jay’s daughter Conia, and Roscoe Almon, the Buckeye politicians went back into the studio and recorded 11 new songs, added six more from the aborted lp of the ‘70s and are reaching out to a whole new generation.

L A Almon’s voice is velvet smooth, his articulation clear while Roscoe's is rough and gritty. Conia’s tone is dusky and mysterious and I would ask to hear a lot more of her in the future. The songs are varied, all singable, all danceable. The instrumental arrangements are compelling, each sequence of opening measures signatures for the arrangements to follow and the messages, indeed, do express hope for the common man. Although this is not the shade of blues that usually grabs my attention, this release does, taking me back to the ‘60s where my interest in the music began for me, while remaining fresh and vital.

If you favor blues smooth as butter and mellow Jazz, this is a recording for you.

Ronnie Earl here rides the crest of his artistry, racking up industry awards as well as ever increasing fan loyalty.

Arriving in Boston in the early ‘70s intending to pursue a degree at Boston University, he ended up learning more at the Jazz Workshop. Inspired by Muddy Waters he turned what had been a passing interest in the guitar into his independent major. He replaced Duke Robilard as lead with Roomful Of Blues, only to strike out on his own a while later and 25 years or so ago, formed the first Broadcasters band. The current configuration, with bass player, Jim Mouradian, keyboardist, Dave Limina and drummer Lorne Entress have been together for eleven years.

Creatively, they all have their hands in the pockets of each others musical minds.

These performances are almost magical. The contributions of each member to the gestalt are so precise and so intertwined as to appear seamless. The offerings of guests, guitarists Zach Zunis and Nicholas Tabarias are framed and supported as if they were an organic component of the band. Melody is paramount, the essential core of the resulting expression, diverse, presented in a parade of variations, a perfectly natural evolution from start to finish.

Starting with the anomalous "I Met Her On That Train," all three guitarists offer up tightly knit improvisational solos. With "Runnin’ In Peace," lyrics by Ilana Katz, an ending paean to the victims and heroes of the marathon bombing, Ronnie and the Broadcasters spill out the final gem in a a string of pearls.

Vocalist, Diane Blue, and her take on the Sam Cooke classic, "Change Is Gonna Come" sent a jolt down my spine. Her brief accent appearances in the prolonged, almost eleven minute "In the Wee Hours" was ghostly and tantalizing. I hope to hear a lot more Diane Blue in my future.

If you are open to a lyrical approach to an exploration of the blues form, free from frenetic thumping and twanging that serves no purpose, this is a treat of the very first order.