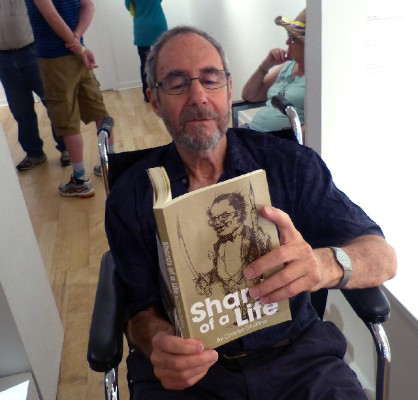 Last night at the weekly Chinese gathering I asked Stephen to explain his "Helen At The Beach?"

What did it have to do with Troy and the slut I mentioned in my "Penelope."

Several women commented on writing about Penelope as equal to Odysseus.

It makes me a proto feminist.

From a Giuliano e mail to Rifkin. What follows is his response including the poem in question.

There is a road, a blacktop two-lane, that winds past dusty fields and crumbled towns. Nowhere is the presence of Unicity. A mood of restless rebelliousness takes hold. The driver requests a mood enhancer. (It’s way in the future, maybe a thousand years, if we are lucky.) Play Willie Nelson, the driver says. A whir of cognition from the dash. A voice comes on. Freedom, just hold on! it says, or something like. A man’s released from prison, just hold on! The driver’s happy, he approves, though it’s the wrong Nelson. He recites, for the benefit of a car’s robotic intelligence, “Free Willie,” the one by Charles G. about a fellow who, in spite of troubles, has doggedness. He carries on. There’s a list of troubles. A fine song, almost an anthem. We are meant to admire someone, as Charles does. We see him the way he appears to the author.

Helen is handed down to us from school. She launched a thousand ships. She caused trouble. Why? Because men wanted her, and fought for her. Possessing her was their source of pride. We know that.

Some years ago, when I lived near Orvieto in Italy, above a town called Allerona, on a strada blanca, or white highway, as the Italians call them, for they shine so in moonlight, I read and wrote poems. I walked the road, which rose and fell and crossed fields in the country. The towns in the region had central squares, classical architecture, a feeling of ancient possession. I imagined a seaport, because I missed one, a harbor, men at work on ships. I climbed above it, on my walk, and down through an olive grove, above the activity of history and myth. I created a scene and a persona that held interest and psychological probity. I wrote a brief for it, a dramatic monologue. My character was a woman put upon. I associated her with a historic figure, one known by men, and the ages. I tried her voice. I called my poem “Ghost.” Later, when an Italian journal expressed interest in publishing the work, I gave it the more direct title it now has, “Helen At The Beach.”

I hope for the future… first, that we have one, and men and women in a quiet mood somewhere, where there is a classical association of memory and grievance, will call for my poem.

The way, in a spirit of rebelliousness and romantic endurance, the driver got his number.

Helen At The Beach

You wonder about the dull particulars,

The specific of days,

About their immoderate green, or heather,

Whether these are intent, and being mythic,

Immersed in sunlight, or tragic,

When the moon is withdrawn, by the piazza,

Where you remember it.

As it dwindles in the shudder of leaves, baffled sky,

Your house is a figment.

You fall, with a kind of archaic obstinacy,

Beside a sea of seas.

One hand spotted with pigment

As day drifts, you mint a new step

On the earth, and viewing the new harbor

And water bewitches with blue glints.

And gaunt, image of your mother, taller,

Whom turmoil has swathed in black.

You disperse mars, for they,

As with the body of hurtful contrasts,

In that raw season, bursting

And with illogic of another era,

Teams with it, and ghosts,

Skirting under cypress, along poplar,

Through olive groves, in irrefutable twists,

On your feasible way, they vacillate,

Until you catch them.

Almost in the marrow of your being, sturdy radiance,

At one vague pinnacle, smoke skeins,

And down wet track, with foreign scent,

Odor of disparate cities, and men,

The blank smell of ghosts, even then.

from “The Merit of Light”