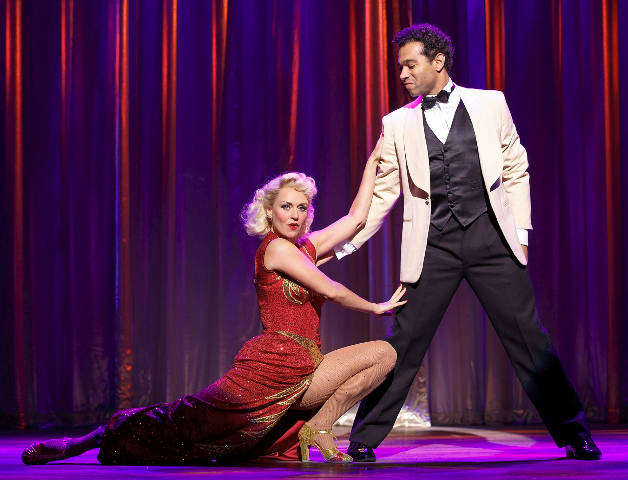 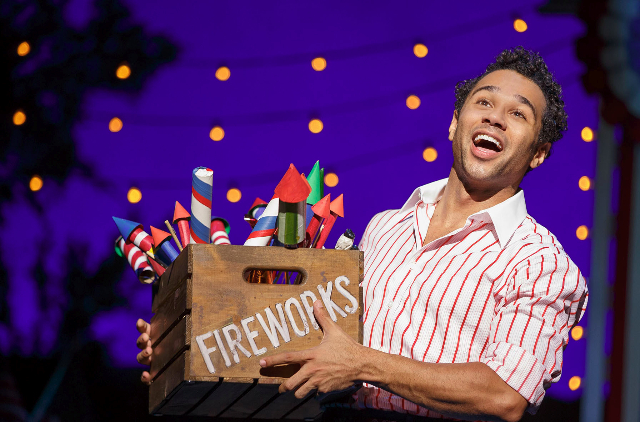 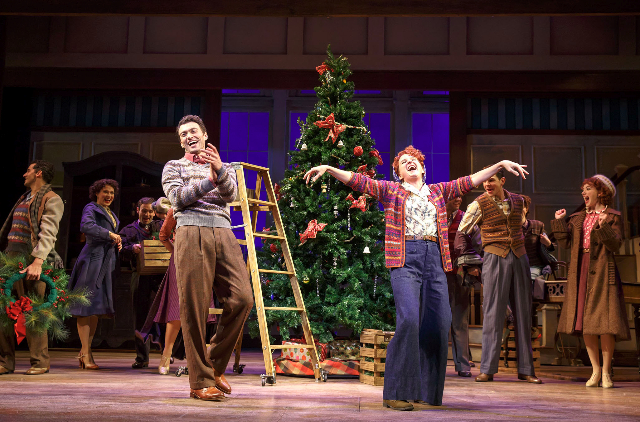 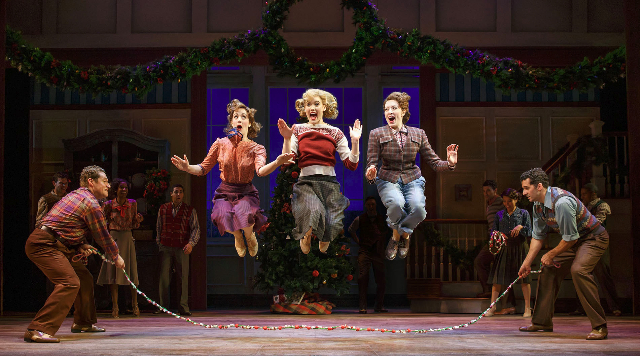 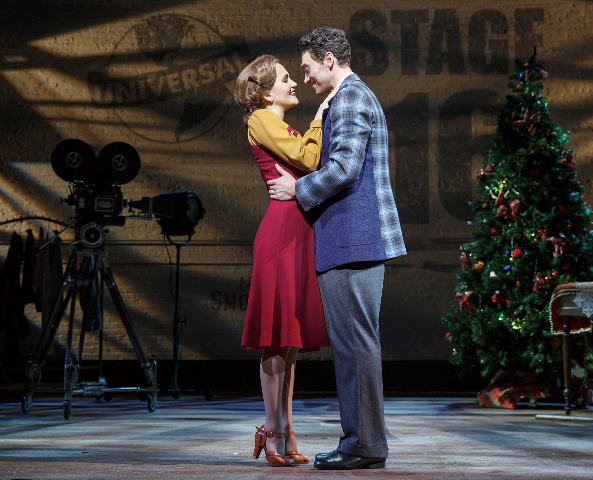 The Roundabout Theatre Company’s production of Holiday Inn, The New Irving Berlin Musical, currently playing at Studio 54 through January 1, 2017, first showed its lyrical face at Connecticut’s Goodspeed Opera House where it had its world premier during the holiday season in 2014. With a book co-written by Chad Hodge and Gordon Greenberg (he is also the director), Holiday Inn, stuffed with 22 Irving Berlin songs, some standards, others resurrected from the dead, is back on the boards again. Other than Radio City Music Hall’s yearly Christmas spectacular, it is the only major holiday themed production in New York City whose specific marketing goal is to brighten The Great White Way during the Holidaze Season.

The story, for the most part, lifted lock, stock and barrel from the movie - a kind of genre all to itself - rings familiar. So familiar that even for those who have not seen the movie the ending is easily divined before it even happens. Not that this is necessarily a bad thing, but here, with a lighter than light, patter-filled script that merely sketches each character – depth is not exactly the book’s forte - the poor, put upon actors, not that they are complaining, as they are doing what they love, are forced to do double-duty in order to breath life into a rather flat production. Mercifully, choreographer Denis Jones manages to throw in a goodly, or is it a godly spate of rousing dance numbers whenever things seem to drag.

For those who have forgotten and those who are virgins to the plot it goes like this. Jim Hardy (Bryce Pinkham), a successful singer song writer is tired of his show biz life and wants to retire to the country and take up farming. Lila Dixon (Megan Sikora), Jim’s girlfriend, the musical’s ambitious in-house spitfire, as well as the other half of their nightclub act has serious reservations. A country girl she’s not. Unbeknownst to Lila, Jim has secretly purchased an old farmhouse in the country. His hope is to marry Lila and live happily ever after in the country.

As things progress Danny (Lee Wilkof), the duo’s loud mouthed, in your face, agent – you know the type - appears with a hard to turn down offer for Jim and Lila to perform their act at Chicago’s classy Pump Room. Added to the stew, who just happens to be in town is trouble, Jim’s old friend and fellow hoofer, the very flirtatious with anything that has two legs and a couple of boobs, Ted Hanover (Corbin Bleu). Newly written into the story, no doubt to amp up the humor quotient which she does quite well is Louise Badger (Megan Lawrence) a zany to the hilt, can-do country neighbor who can milk a cow, handle a tractor, and gives good advice.

Introducing a bit of mystery, as well as romance into the cauldron is a local teacher Linda Mason (Lori Lee Gayer), a pretty girl next door type who once lived in Jim’s farmhouse and no surprise here when younger aspired to be a performer. Lastly, is Charlie (Morgan Gao) a totally stone-faced pre-teen local Chinese boy who appears at all the wrong times with bank papers informing Jim of his impending financial disaster.

Showing up just in the nick of time – conjuring up shades of the old Judy Garland, Mickey Rooney movies where no barn is safe – are a wildly energetic bunch of Jim’s fellow thespians who proceed to convince him that in order not to lose his home he should  turn his farmhouse into a money-making theatre during national holidays. This leads to Berlin’s songs, each covering a different holiday.

The obvious biggies are White Christmas, Happy Holiday, and Easter Parade, followed by a string of Berlin’s lesser known songs. For Thanksgiving we get Plenty to Be Thankful For. Let’s Start the New Year Right ushers in the New Year. Valentine’s Day is celebrated with Be Careful It’s My Heart. The New Year’s begins with Let’s Say it With Firecrackers, while Washington’s Birthday brings us I Cannot Tell a Lie. While a few of these lesser known tunes are lovely, it is Berlin’s most iconic songs, Blue Skies, Cheek to Cheek, Shaking the Blues Away, and Heat Wave, the latter two being accompanied by the show’s two major dance numbers, that command our fullest attention.

While the always wonderful Bryce Pinkham nominated for Tony for his performance in A Gentleman’s Guide to Love and Murder (here he plays the Bing Crosby role), and Lora Lee Gayer sing and dance nicely enough, it is Corbin Blue, taking on the Fred Astaire role that steals the musical’s thunder with his flashy, over the top singing and tap dancing routines, most notably occurring during his Heat Wave number where he is perfectly partnered with Broadway veteran Megan Sikora. Surely this is a major Broadway Breakout moment for him. Another inventive, audience pleasing dance number performed to Shaking the Blues Away, has Megan Lawrence wearing buckets for shoes, while a number of lighting-fast tap dancers jump ropes in tandem.

No doubt for those who enjoy light musical entertainment, adore the nostalgic cache of Irving Berlin yesteryear songs, and are still basking in the light of the iconic 1942 Bing Crosby and Fred Astaire movie on which this musical is based, it will definitely lighten and brighten their load. In fact, they might even be taken over the moon. For others who prefer their brain rattled and body shaken, that is, turned every which way but loose – think Natasha, Pierre and The Great Comet of 1812, Falsettos, Othello, The Remix, and Hamilton – Holiday Inn will be a “been there, done that” run of the mill affair, one likely cause apoplexy, especially when thinking about how much the tickets cost them.