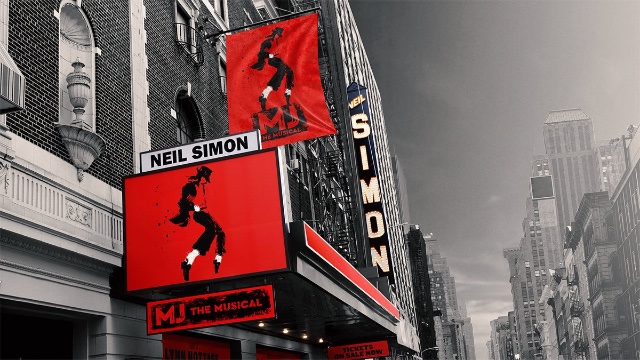 MJ the Musical in Previews on Broadway

Lynn Nottage, the first female American playwright to win two Pulitzers, has created the story for MJ, the musical celebrating Michael Jackson. It has been due on Broadway for a while. The opening date is now postponed until February. Previews opened this week. If it stays in previews until the line for tickets dwindles, it will be a financial success.  If it formally opens to reviews, it will succeed despite pederasty accusations.

Audience temperature is a measure of a show’s popularity, and MJ is already a smash hit. The audience is comprised of the magical mix of ages and colors. Older men and women love remembering MJ. Younger people are wowed by their introduction.

Darcy Denkert, who helmed MGM’s theatrical division, often said, “Legally Blonde and Chitty Chitty Bang Bang were trashed by critics. What do I care? We are raking in money.”

MJ has an added twist. A documentary last year presented credible evidence that the star was a pederast. This disturbs the producers and Nottage. Top pop stars have always been immune to these accusations.

How this will be handled by the producers going forward, as the work is still “in process’ due to its “preview”  status, remains to be seen.

The show is now very loud, full of song and dance, including the moonwalk. Jackson’s tough love parenting is faced head on. Michael’s father is no “King Richard.” The Williams’ Dad, as evidenced by his daughters and reports of tennis pro, the late Bob Ryland who trained them in their early teens, is a remarkably balanced parent. Not only does he carry the girls’ dogs around Roland Garros, he encouraged their schooling, and the development of lifelong interests like sewing and designing clothes.  His abuse of the girls’ mother has never been corroborated.

In the Nottage take, Michael responds well to the parental push. His mega-innate talent flourishes as he contemplates song and presentation. It also has made him unusually fragile.

MJ the Musical takes place in 1992 when MJ was preparing for the Dangerous World Tour.  He had become addicted to pain killers. Elizabeth Taylor, missing from this version of the story, came to Michael’s rescue and helped him recognize his addiction and begin to treat it. Taylor also repeatedly stated that MJ was unable to be a pederast. Others have also asked where the high voice came from.

One of the scenes near the end of the musical portrays the hell of addiction eating MJ up. It looks more like the post life of Faust or Don Giovanni, very dramatic, but nonetheless hell.  Is it meant to suggest punishment for perverted sexual excess? Probably not. Hell may not be the end of pleasure. In MJ, life goes on.

Sets are fluid. Lighting is exciting. The onstage band great to see and hear. Nothing is on the scale of a single white glove, but the glove is there.

A 2009 documentary on Jackson’s preparation for a tour that never took place because Jackson died, makes clear his total immersion in the details of performance and his remarkable talent as a producer..

The musical also takes place at earlier rehearsals. Flashbacks abound. Focus is not on his talent.  If the show can avoid accusations of sexual abuse, the 2009 documentary might have provided a better setting.

It will be interesting to see who prevails in the current controversy surrounding MJ.