Bridget Kibbey on a Celestial Harp 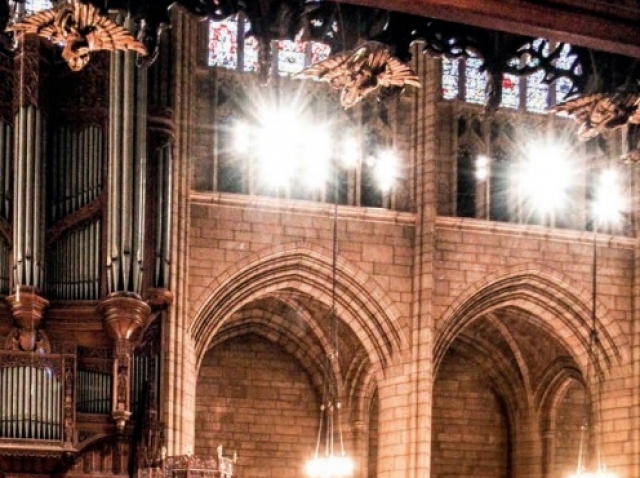 Music lights up St. Thomas' Church as Britten's carols are sung by the boys' choir with Briget Kibbey on harp. 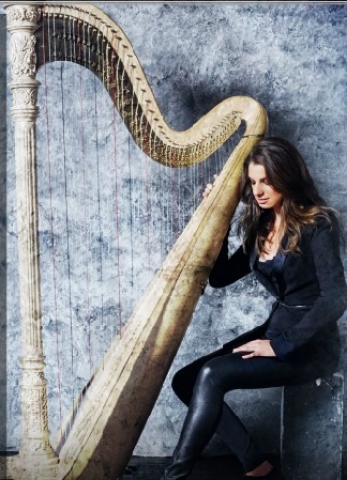 Bridget Kibbey makes the harp into an orchestra.

While black church music has been an intimate part of our country’s history, the Protestant tradition is less well known. Oratorios may be too difficult to be sung by all, but hymns can be. Neighbors joined in song are a perfect foundation to share the notion that we are all in this together.

St. Thomas Church at 53rd Street and Fifth Avenue in New York City is known for its music.  Its organ has recently been replaced, but was not called upon for a beautiful concert featuring Benjamin Britten’s Carols. Accompaniment was provided by a harp.  Never has an instrument been displayed so fully in its glory as it was by Bridget Kibbey.  Kibbey started the program with a harp transcription of Bach's Fantasia and Fugue in D Minor. Using the harp to create an entire world is a special talent of Kibbey's.  The ear adjusts and listens more closely to notes which are lighter, but just as rich. An intriguing new listen opens up.  What an exciting way to begin a program.

Composer Britten wrote his Carols to be accompanied by the harp and specifically noted that the interlude should not be played if a piano was substituted.

The boys’ soprano and alto voices are pure and play with the harp subtly.  Yet the music rings out through the church. Several boys have solos. Their talent and confidence belie their youthful years. The choir was formed early on in the church’s history and has been one of the mainstays of the important music program in the church.

Benjamin Britten's A Ceremony of Carols is largely based on carols written in the 15th and 16th centuries. Returning to England in 1942 after a three-year exile in America, Britten completed an arrangement of seven Christmas Carols, which were later adapted to fulfill a commission from Edna Phillips for the harp.

We are called to respond in the first carol. Then with upbeat festivity we are invited in. Reverence and lullabies are suggested. Jubilation dominates. From a gentle softness, the music goes almost dark. The shifting rhythms of the harp’s interlude suggest angels on high. Duets and choirs in unison provide contrast. The recession echoes the procession and gradually fades out. David Hyde conducted for beautiful effect.

The Saint Thomas Choir of Men and Boys is considered by many to be the leading ensemble of its kind in the Anglican choral tradition in the United States. The Choir performs regularly with Orchestra of St. Luke’s, and with the period instrument ensemble, Concert Royal, as part of its own concert series. Its primary purpose, however, is to provide music for five choral services each week.

Can the case be made for the continuance of boys’ choirs? Are boys voices as different from girls as boys are different from girls in general?  The quality of female voices between the ages of eight and eleven is characterized as being light and flute-like. Girls can switch between upper and lower ranges with ease. The male treble voice, before it changes, is full, rich, and soprano-like.  If you say, viva la difference and hear the St. Thomas Boys Choir, you will sing out, “Yes.”