Delacroix at the Met 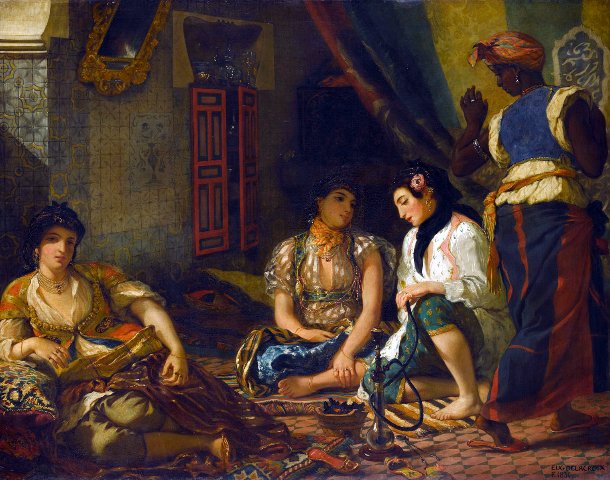 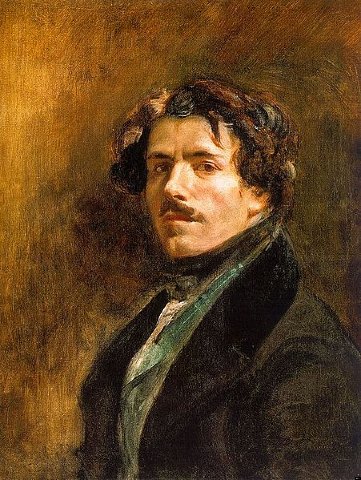 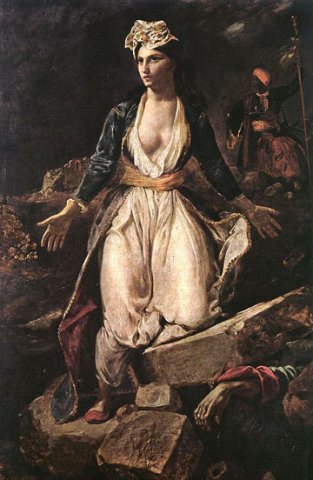 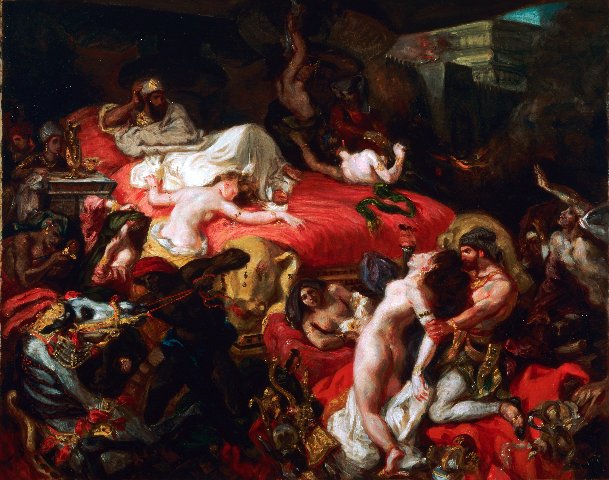 A smaller version of "Death of Sardanapalus." 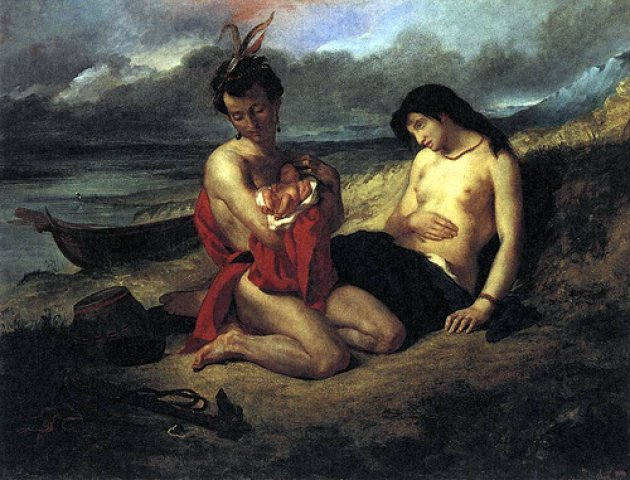 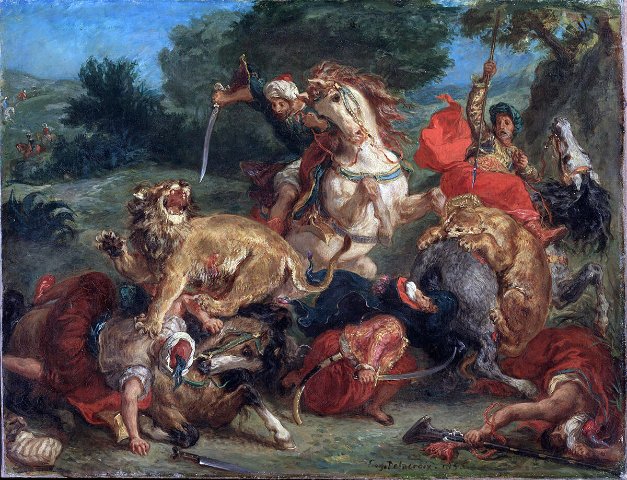 He painted many versions of lion hunts.

During the holiday season, the major exhibition at the Metropolitan Museum of Art is Delacroix, through January 6.

Organized with the Louvre Museum in Paris, where it appeared with more works, the Met show presents some 150 paintings, prints and drawings in a dozen large galleries.  The French painter Eugène Delacroix (1798-1863) led the Romantic movement of 19th-century French art.

Promoted as the largest American survey of his work, it presents a compromised case for his achievement. Too many of the greatest paintings are owned by the Louvre and did not travel.

There are great paintings in New York but the artist is diminished without viewing masterpieces including: “The Barque of Dante” (1822 his first salon submission), “The Massacre at Chios” (1824),  the enormous “Death of Sardanapalus” (1827) and “Liberty Leading the People” (1830). There is a smaller version of “Sardanapalus” at the Met as well as a sketch of that painting.

In the controversial work the sultan observes from a pyre the slaughter of his women, animals and servants. It embodies the essence of outré. The enormous painting was dubbed "the fanaticism of ugliness" when it appeared in the Salon of 1828.

With early, epic scaled, illustrative works he conformed to the taste of official salons. Through popular acclaim artists hoped for patrons and more significantly government commissions.

Pride of place and cover of the catalogue is “Women of Algiers in Their Apartment” (1834). Another compelling work is the social justice themed “Greece on the Ruins of Missolonghi” (1826).

A military attack on the inhabitants of Chios by Ottoman forces commenced in April, 1822. After several months it resulted in the deaths of twenty thousand citizens, and slavery for the surviving seventy thousand inhabitants. In “Massacre at Chios” an older Greek woman defies a mounted warrior as life seeps out of a wounded defender. The painting was an emblem of heroism and resistance.

In 1832, Delacroix traveled to Spain and North Africa with the diplomat Charles-Edgar de Mornay, as part of a mission to Morocco shortly after the French conquered Algeria. He produced over 100 paintings and drawings of scenes from or based on the life of the people of North Africa.

Examples from this oeuvre are the most visceral and prescient of the works in the exhibition. There are richly colored, aggressively executed images of combat and big cat hunts. Highlights include “Arab Horses Fighting in a Stable” (1860), “The Lion Hunt” (of which there exist many versions, painted between 1856 and 1861), and “Arab Saddling his Horse” (1855).

That aspect of his practice is well represented. These examples are loose, sketchy and vibrant in color. They presage impressionism by a generation. His limited access to North African women is strikingly different from the racism and sexism of the older Jean Auguste Dominique Ingres (1780 - 1867) and his followers.

Paris was known for brothels serving all classes and budgets. The elegant mistresses of Zola’s novels were kept in style with apartments and carriages. The walls of salons were packed with nudes in the classical manner, devoid of pubic hair. That ended when  Édouard Manet’s “Olympia,” (1863), portrayed a real woman, Victorine Meurant. Gustave Courbet’s  (1866 ) “Origin of the World” depicted female genitals.

Delacroix was 24 when first shown in the salon with a work acquired by the French government. He had friends in high place and aspired to official recognition. Unlike the later artists of Salon des Refusés in 1863 he worked within the system. Still his radical art met with resistance.  He applied seven times to join the Académie des Beaux Arts before he was finally accepted.

He was born in 1798 the son of Charles-François Delacroix, ambassador to the Netherlands, and Victoire Oeben, the daughter of a celebrated cabinet maker. His father previously had a major testicular operation. Accordingly, it was rumored that he was sired by Charles-Maurice de Talleyrand, a friend of the family and a minister under five successive regimes.

His interest in Romanticism was initiated by a trip to England in 1825. He read and was inspired by Goethe and Byron who he illustrated along with Shakespeare. He wrote prolifically and is noted for “Journal de Eugène Delacroix 1823 to 1850.”

Mentored by Jean-Louis André Théodore Géricault ( 1791 – 1824) he posed for “Raft of the Medusa.” That influenced the dark chiaroscuro of the early work.  Delacroix was viewed as an opponent of conservative academic artists of the salon. It earned him a controversial reputation.

His zeitgeist falls within dialogues of colonialism. He viewed North Africa first hand but depicted the New World as the idealized “Natchez” (1823). In a poignant view of a Native couple the woman has given birth by a river. It was inspired by a chapter in a popular novel by François-Auguste-René, vicomte de Chateaubriand. “Atala, ou les amours de deux savages dans le desert” was published in 1801. It manifested “Noble Savage” delusions sustained through James Fennimore Cooper, dime novels of the German, Karl May, to the Lone Ranger and Tonto.

Overall, Delacoix is an uneasy fit in 19th century art and theory. Perhaps he is best regarded as leader of resistance to academic art and transition to impressionism.

As novelist/critic Joris-Karl Huysmans stated “Strange man, almost always imperfect, ill-tempered and languid, superb when his fever burns, theatrical and melodramatic when it smolders, he has been a titanic force against the comatose in art, strychnine electrifying the old julep prescribed by the recipes of the dyers of grand art.”

A version of this review appeared in Boston's Arts Fuse.