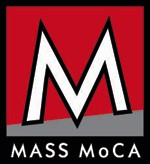 With one show already nearly sold out (Neutral Milk Hotel's Jeff Mangum on Saturday, February 16), MASS MoCA'sWinter/Spring season has started with a bang before it's even been announced. Those who didn't score tickets to the Mangum concert can satisfy their desire for live music with many other acts, both in the Hunter Center and in Club B-10, including the high-energy Balkan Beat Box on Saturday, March 16, and local favorite, Darlingside, on Saturday, April 13.  Opportunities to dance abound with two dance parties scheduled: one following FREE Day on Saturday, February 9, and another as part of the special 3-2-1! Celebration on Saturday, April 6.  For those more interested in watching dance than dancing, Les Ballets Jazz de Montreal brings a thrilling fusion of dance styles on Saturday, March 2, and Sunday, March 3.  MASS MoCA's Thursday night Cinema Lounge five-film series is titled Compete!; most screenings are followed by Q& sessions with filmmakers. In the galleries, there will be an opening reception for three new exhibitions on Saturday, April 6: Mark Dion: The Octagon Room, One Minute Film Festival: Ten Years, and Life's Work: Tom Phillips and Johnny Carrera.

The first big event of the season is FREE Day on Saturday, February 9.  This annual event attracts thousands to MASS MoCA for a full day of art-making, tours, contests, demonstrations, performances, and more.  Details will be posted on massmoca.org The galleries are open from 11 AM to 8 PM, and a Psychedelic Latin Dance Party with the band Chicha Libre caps off the day at 8 PM.

After the Jeff Mangum concert on Saturday, February 16, MASS MoCA's Hunter Center hosts Les Ballets Jazz de Montreal in a co-presentation with Jacob's Pillow on Saturday, March 2, and Sunday, March 3.  This renowned troupe offers a thrilling fusion of dance styles from ballet to street dance, and will perform pieces by Wen Wei Wang, Cayetano Soto, and Barak Marshall.  The presentation is supported in part by the Irene Hunter Fund for Dance at MASS MoCA in association with Jacob's Pillow.

The high-energy band Balkan Beat Box takes the stage on Saturday, March 16, at 8 PM.  The group is known for its Mediterranean-inflected explosive live shows.  Plus, electronic composer and indie icon Dan Deacon gets the audience dancing in the Hunter Center on Saturday, April 20, at 8 PM. Deacon offers up his new iPhone/Android app, which concert-goers can download for free before the show. The app turns a cell phone into a source of synchronized light and sound that changes depending on the cell phone's location within the venue.

The galleries will see three new exhibitions, all curated by Denise Markonish,on view beginning on Saturday, March 23. Life's Work: Tom Phillips and Johnny Carrera originates with the idea of a project that an artist continually goes back to, which simultaneously becomes a trace of that work and a career. Both projects in the exhibition span decades and generations, and also function as re-inventions of existing texts. In Mark Dion: The Octagon Room, the artist investigates the blurred boundaries between art, society, and history, as well as the homogenized methods of their presentation and consumption. One Minute Film Festival: 10 Years celebrates an event that took place annually in a barn in upstate New York from 2003 to 2012. At the festival, one-minute films were screened - many without credits - after a potluck supper and before dancing; the festival stressed relaxed social interaction rather than the competitive nature of many other film festivals. Support for all three exhibitions is provided by a grant from the Artists' Resource Trust and the Horace W. Goldsmith Foundation, and, in part, by the Massachusetts Cultural Council, a state agency.

The 3-2-1! Celebration on Saturday, April 6, will mark the opening of these three exhibitions as well as the closing of Oh, Canada. The 3-2-1! Celebration begins with a cocktail reception in the galleries, which will be followed by a benefit dinner and silent auction in MASS MoCA's massive Building 5 gallery. The 3-2-1! Celebration culminates with a rollicking dance party in the Hunter Center with special guest DJ King Khan, spinning a mash-up of vintage soul, classic R&B, and wicked funk.  Tickets are available for the entire evening or for each event separately. The night is co-sponsored by TD Bank.

MASS MoCA's commitment to nurturing new work by providing artist residencies continues this season, with a residency and work-in-progress dance showing by LeeSaar The Company. On Friday, February 8, the group presents grass and jackals, a new dance work about the extreme conditions of military life.

Other events on tap include a special Valentine's Day Date Night on Thursday, February 14; couples can spend a romantic evening strolling through the museum after hours and enjoying a candlelit dinner from Lickety Split.  Parents can leave their children at Kidspace for an evening of art-making activities followed by pizza. Reservations are required in advance.

Families will also enjoy a show for kids with Mamie Minch on Saturday, March 9, at 11:30 AM; February Vacation Art Camp in Kidspace; and a series of morning workshops in Kidspace during the week of April school vacation. Space is limited for these events; reservations are strongly recommended in advance.

The Thursday night Cinema Lounge series titled Compete! will feature five documentary films about winning, losing, and, most importantly, playing the game. Screened in Club B-10, drinks and snacks will be available before and during the films. Most of the films will be followed by Q&A sessions with the filmmaker. The series consists of The Other Dream Team on Thursday, January 24; Brooklyn Castle on Thursday, February 21; Kings of Pastry on Thursday, March 7; Buzkashi! on Thursday, April 4; and The Human Tower on Thursday, April 25.

Tickets are available through the MASS MoCA Box Office located off Marshall Street in NorthAdams, open from 11 AM until 5 PM every day except Tuesdays. Tickets can also be purchased by phone at 413.662.2111 during Box Office hours or online at www.massmoca.org.

Winter/Spring 2013 Season at a Glance