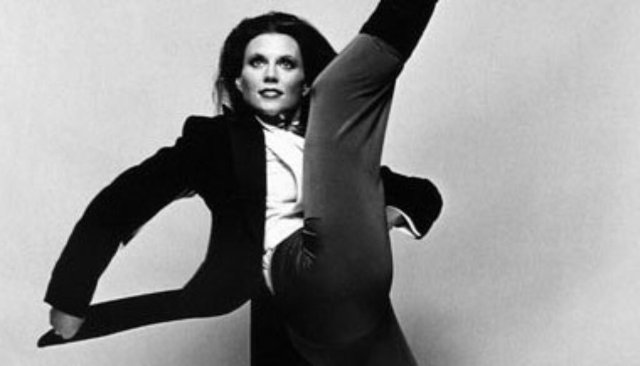 Ann Reinking, a Tony Award-winning choreographer who performed on Broadway for 30 years, making a name for herself particularly through her work in the musical Chicago, has died at age 71.

Reinking died in her sleep in a hotel room near Seattle, while visiting her older brother, said her sister-in-law, Dahrla King. Authorities have not yet determined the cause of death.

Her extensive work in musical theater included playing Roxie Hart in two productions of Chicago. Specifically, Reinking stepped in as a replacement in the role of Hart toward the end of Chicago’s original run in 1977. She was 27 at the time, and her portrayal as Roxie helped make her a star. Flash forward to 1996, when she was in her 40s. During that year, Reinking returned to the role of Roxie, and also choreographed the revival of Chicago.

Reinking’s onstage success in the original production fascinated theatergoers, in part, due to an offstage romantic subplot. In particular, the ingenue carried on a romance with Bob Fosse, the show’s director and choreographer. The performer Reinking was replacing was Gwen Verdon. The latter had been married to Fosse and separated from him several years earlier. And Vernon would later recall: “Annie taking over had extraordinary symmetry. Pieces simply fell into place.”

When Reinking recreated her role as Roxie, she’d developed into a quadruple threat. In addition to her singing, dancing, and acting prowess, she had become a formidable choreographer. Reinking won a Tony Award for best choreography for the Chicago revival. She considered her dance movements as an updated tribute to Fosse’s earlier choreography. Fosse died from a heart attack in 1987 at age 60.

Ben Brantley, the recently-retired chief theater critic for The New York Times, praised Reinking. Specifically, he wrote: “Ms. Reinking, a former dancer for Fosse (and, for a time, his companion), has brought her own light-handed sparkle in evoking the Fosse spirit. And the corps de ballet couldn’t be better, physically capturing the wry, knowing pastiche of some of Kander and Ebb’s best songs.”

In 1999, Reinking re-ignited Fosse’s spirit by co-directing and co-choreographing a Broadway musical titled Fosse. The show was a revue of Fosse’s work. It won the Tony for best musical. Reinking even performed in Fosse a few times in 2001.

“He lived to wake people up, to make them really live,” Reinking said in 1996, referring to Fosse. “He taught me how hard you have to work to do that.”

Reinking also opined that Fosse’s work “influenced a generation.” However, she noted that her choreographic style differed from Fosse’s. Specifically, it was more balletic and quirky.

In 1979, Reinking portrayed a character based on herself in the autobiographical movie, All That Jazz. Roy Scheider starred as an intense director and choreographer, similar to Fosse.

“It was me, and it wasn’t me,” Reinking said during a New York Times interview, referring to her character. “Basically, I was very flattered. I think I came off as a good person and as someone who meant something to him.”

Ann Reinking was born on Nov. 10, 1949 in Seattle, the daughter of Frances (nee Harrison) and Walter Reinking. Her parents raised her in suburban Bellevue. As a child, Reinking began ballet lessons, studying with former Ballets Russes dancers Marian and Illaria Ladre in Seattle.

Reinking’s professional debut came at age 12, in a production of Giselle with the English Royal Ballet. While she attended middle and high school, Reinking studied at the San Francisco Ballet during the summers as part of a scholarship. Following Reinking’s graduation from Bellevue High School, she took summer classes that Joffrey Ballet offered at a Tacoma church.

The future star moved to New York City when she was 18. She danced with the corps de ballet at Radio City Music Hall, and performed in the ensemble of Fiddler on the Roof’s second national tour.  At age 19, Reinking made her Broadway debut in the musical Cabaret. In addition, she was a chorus dancer in Coco (1969), Wild and Wonderful (1971), and Pippin (1972). During Pippin, she attracted the attention of the show’s director and choreographer, Bob Fosse. Eventually, she became Fosse’s protegee and romantic partner. At the time, Fosse was legally married to, (although separated from) Gwen Verdon.

In 1974, Reinking won a Theatre World Award for her work as Maggie in Over Here! A year later, Reinking starred as Joan of Arc in Goodtime Charley. That role netted her Tony Award and Drama Desk nominations for Best Actress in a musical.

In 1976, Reinking replaced Donna McKechnie as Cassie in A Chorus Line. Then, in, 1977, she replaced Verdon in the starring role of Roxie Hart in Chicago – a show which Fosse directed and choreographed. In 1978, Reinking acted in Fosse’s revue Dancin’, and received another Tony nomination. Also, in that year, Reinking and Fosse ended their romance and separated. Still, the couple maintained a professional and creative collaboration. One could see how Fosse influenced Reinking’s work as a choreographer, particularly in her retention of his “dark, jazzlike, fluid body movements,” as described in Broadway: The American Musical.

In 1979, Reinking appeared in Fosse’s semi-autobiographical film All That Jazz. She played Katie Jagger, a loosely autobiographical role, and based on Reinking’s relationship with Fosse. Reinking also portrayed Grace Farrell in Annie (1982), and Micki Sallinger in Micki & Maude (1984).

In March 1985, Reinking performed during the 57th Academy Awards. Specifically, she gave a mostly lip-synced vocal performance accompanied by a dance routine in the Academy Award-nominated Phil Collins single, “Against All Odds (Take a Look at Me Now).” However, critics and Collins himself were not impressed.

By this time, Reinking had retired from performing. However, she hardly disappeared from the performing world. For instance, in 1996, she created the choreography “in the style of Bob Fosse” for an all-star, four-night only concert staging of Chicago for City Center’s annual Encores! Concert Series. And when producers could not find a suitable actress to play Roxie Hart, Reinking agreed to reprise the role after nearly two decades. This concert staging of Chicago was a hit. A few months later, the production, in its concert staging presentation) appeared on Broadway with the Encores! Cast. It comprised Reinking, Bebe Neuwirth, Joel Grey, James Naughton, and Marcia Lewis.

In November 2016, the revival celebrated its 20th year. As of March 2020, when theaters closed, it was the longest-running American musical on Broadway. Chicago’s revival won numerous Tony Awards. For instance, Reinking won the Tony for Best Choreography. And she recreated her choreography for the 1997 London transfer of Chicago. It starred Ute Lemper and Ruthie Henshall.

In 1998, Reinking co-created, co-directed, and co-choreographed the revue Fosse, receiving a Tony Award co-nomination for Best Direction of a Musical. For her work on the West End production of Fosse, Reinking (together with the late Bob Fosse) won the 2001 Olivier Award for Best Theatre Choreographer.

In 2001, Florida State University honored her with an honorary doctorate for her contribution to the arts. Reinking judged the annual New York City public school dance competitions for inner-city youth. Reinking also appeared in Mad Hot Ballroom, the 2005 documentary film about the competition. In 2012, Reinking contributed choreography for the Broadway production of An Evening with Patti LuPone and Mandy Patinkin. She also served as a member of the advising committee for the American Theatre Wing.

From a personal standpoint, Reinking married four times. On March 19, 1972, she married Broadway actor Larry Small. Following their divorce, she married investment banker Herbert Allen Jr. on Aug. 25, 1982. They divorced in 1989. Next, Reinking married businessman James Stuart in 1989. The couple had a son, Christopher, before their divorce in 1991. Reining married sportswriter Peter Talbert in 1994, and was stepmother to his four children.

As of 2017, Reinking was semi-retired. She lived in Paradise Valley, Ariz. Her son, Chris, has Marfan syndrome. As a result, she worked with the Marfan Foundation, which seeks to raise awareness about the disease. Reinking produced the 2009 documentary In My Hands: A story of Marfan Syndrome. According to the Mayo Clinic’s website, it’s an inherited disorder affecting connective tissue – the fibers supporting and anchoring your organs and other body structures. Marfan syndrome most commonly affects the heart, eyes, blood vessels, and skeleton.