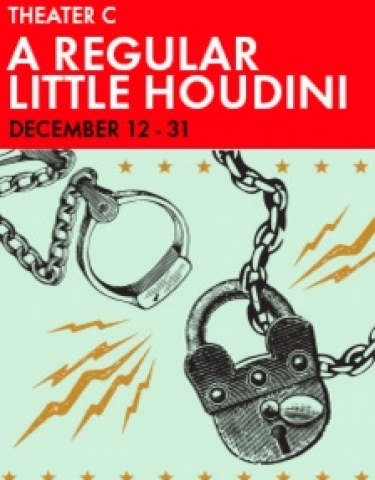 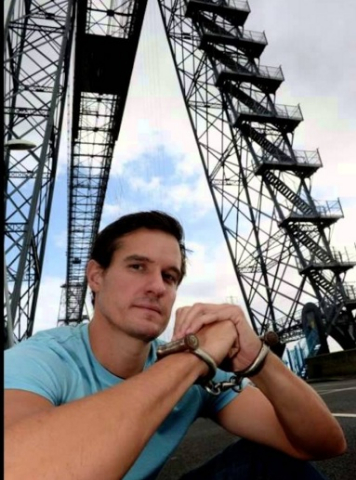 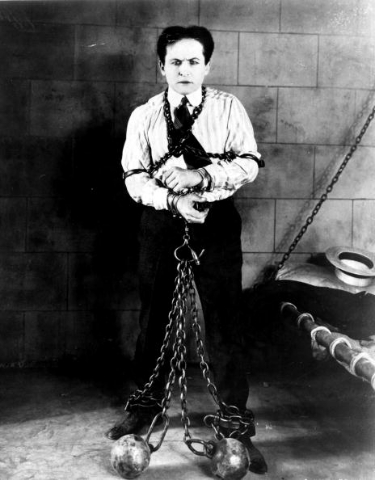 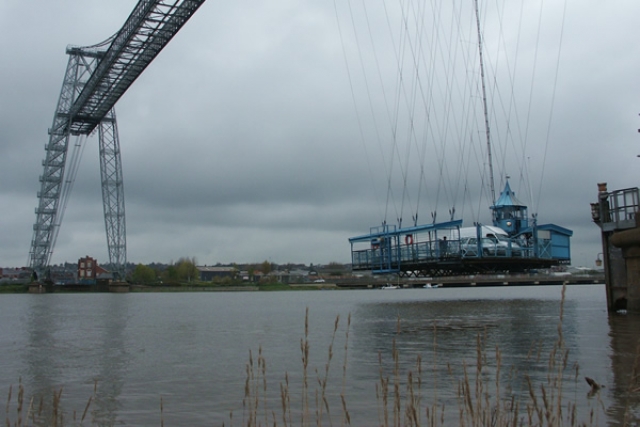 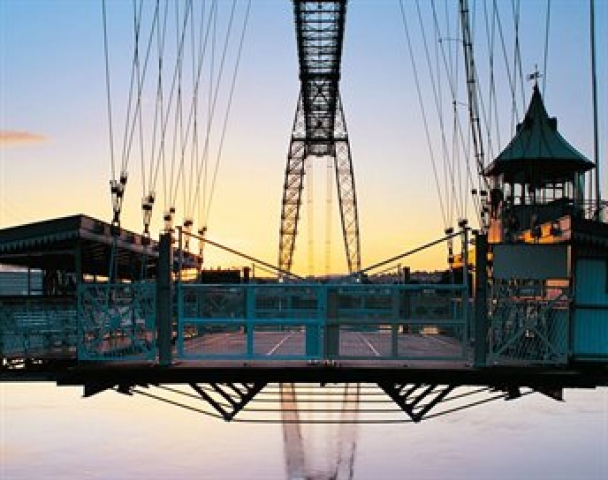 Stationed under the Transporter Bridge 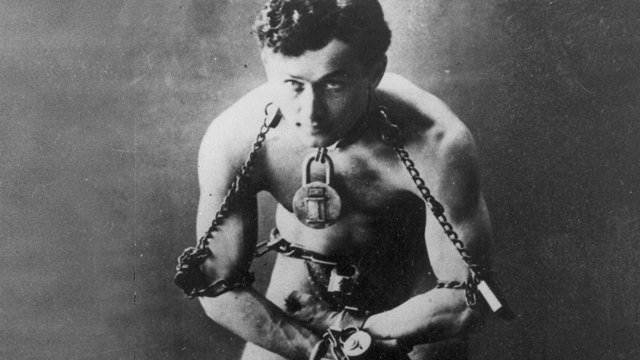 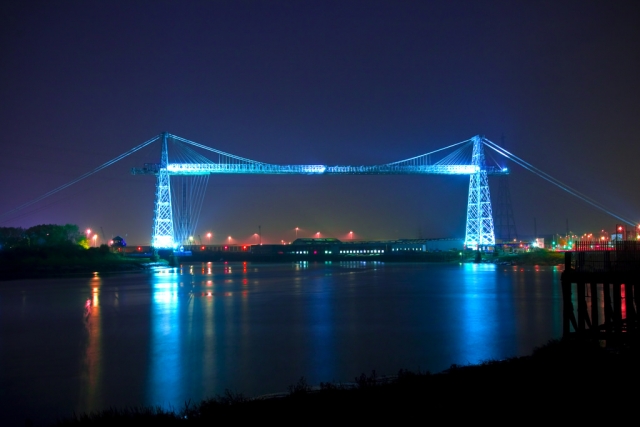 Transporter Bridge in the Quiet of Night

Daniel Llewelyn-Williams has created a one-man show in which he engagingly spreads across three generations of magic lovers in Newport, Wales, a bit north and east of Cardiff.

With only a suitcase as a prop, Williams takes us from a boy's first wonder at the escape artist Harry Houdini, who arrives at the Lyceum Theater in Newport for a not-to-be-missed engagement.  Houdini captures the town's imagination, but is imprisoned for causing a public disturbance.  On a dare, he says he will strip buck naked, locked in his cell.  All of his clothes are to be locked in another cell.  Three minutes after the set up, Houdini walks out of prison fully clothed and free.  The jailer is mortified.

The story is being told be the jailer Gammy's grandson, Dan, who will at last vindicate Gammy after a surprising, terrifying and thoroughly engaging effort to become an escape artist himself.

Directed by Joshua Richards, this little Houdini is both rapt by escape methods and tenderly attached to all the members of the family.  Three generations live on top of each other in the family home.

Although Dan learns early on to toss cards in the air and make them disappear, picking a lock takes practice. At night as he lies in bed trying to fall asleep, Dan practices picking locks with his grandmother's hairpin . He gets good at it. So good, that he figures he can get out of almost any lock down.

The central feature of the town of Newport is the Transporter Bridge, an architectural marvel spanning the Utz River.

Dan is forbidden to attempt to cross it, hand over hand, from on high.  He decides to hang from a gondola which crosses from side to side.  Getting a grip is not as easy as he imagined.  He drops into the waters below, leaving only bubbles on the water's surface.  Houdini, he has read, believes that you can hold your breath for seven minutes under water.  Dan imagines himself saved by the angels.  These turn out to be adults who bring him back to life.

Each adventure that he undertakes is a cliff hanger, or a bridge hanger. Llewelyn-Williams language is intoxicating. He can conjure both love and terror with tone.  He has a musician's sense of rhythm, at times rushing forward as the drama heats up.  At other times, he relishes the experience of being buried in mud and then the exaltation of survival.

Houdini returns to town and Dan vows to take him down to restore his grandfather Gammy's reputation.  Wait till you see the confrontation, famous man and brave, determined boy.  Who wins? Who needs help?  Try out this wonderful evening of theater and discover the heart of Wales, of Houdini and especially one family's love for each other and the town in which they live.