The Thin Place by Lucas Hnath 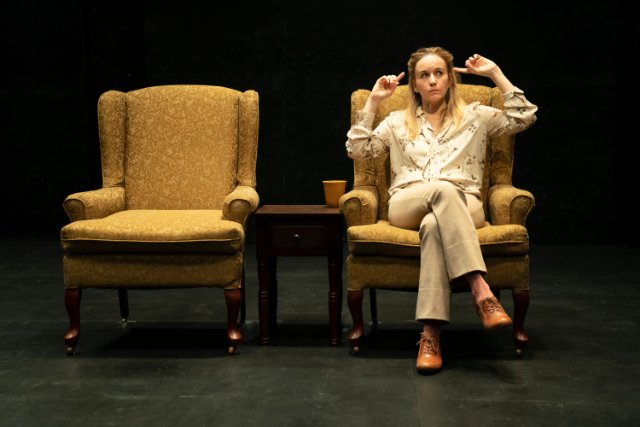 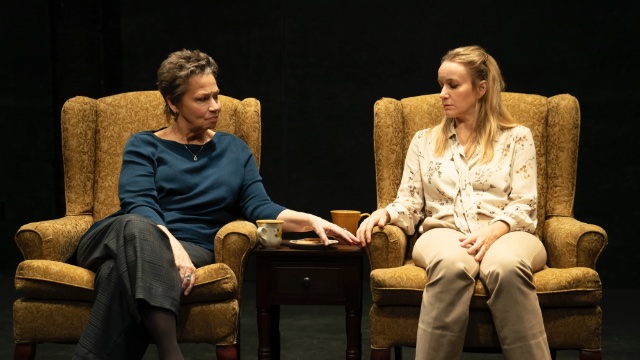 Randy Danson as Linda and Emily Cass McDonnell as Hilda. Hilda starts as a young girl wishing to be drawn into the world of her grandmother who can deliver words to 'the thin place' between life and afterlife. 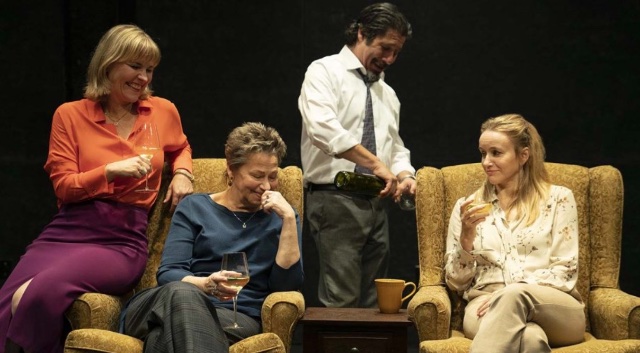 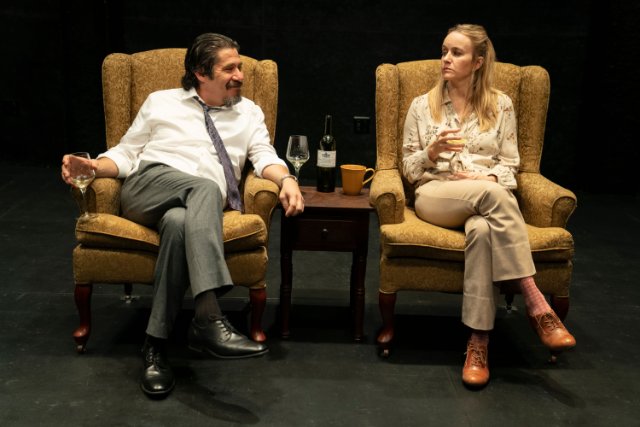 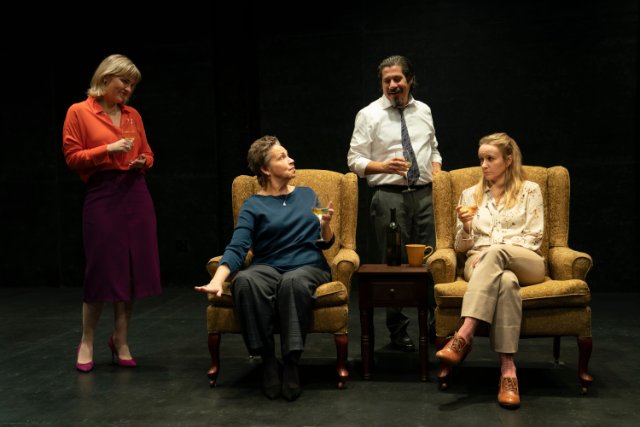 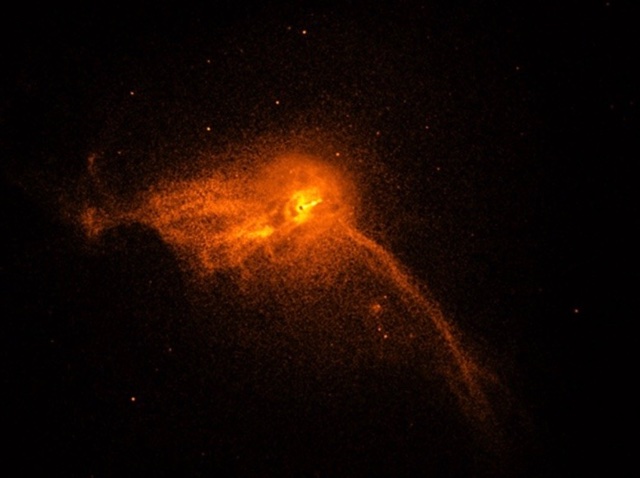 At the end, we are in blackness, with a glimmer of red light, like a black hole.

Hilda (Emily Cass McDonnell) addresses us directly as The Thin Place begins.  She sits in a wing-backed chair, one of two.  The second one stares at us, empty.  Hilda is thinking about her grandmother, who used to sit on the floor, scribbling words on small pieces of paper which she would hold close to her chest.  She asks Hilda to listen carefully and see if she can hear the word.  Hilda guesses. The grandmother says she's wrong.

Now of indeterminate age, motherless and grandmotherless, Hilda yearns for a connection with long gone relatives.  She has become close to a psychic, the intriguing Linda (Randy Danson).

Hnath has a knack for introducing elements which startle and quickly call forth an 'aha.'  The simplest of these to recognize, and also the most startling, are the sound transitions from scene-to-scene.  Christian Frederickson has us jump in our seats as a scream or a raucous telephone ring disturbs the quiet.

The playwright describes hearing about "the thin place" from Les Waters, who directs.  M. Night Shyamalan's filmed sight of a cornfield at night where people disappear immediately comes to mind. We are in a space between our world and another.

Lest we dismiss the idea as over-the-top, it's well to remember that the philosopher William James joined his wife at the weegee board, and Swedish painter  Hilma af Klint produced strikingly original paintings at the turn of the 20th century as her hand was moved by other worldly spirits.

Hnath has an interesting take on the mediums who assist others in reaching the deceased.

Jerry (Triney Sandoval) and Sylvia (Kelly McAndrew) enter Linda's home.  These two create a world which is very much here and now.  Linda's explanation of why her work is important is provoked by them, but not at all defensive.

Mimi Lien's lean set and costumes by Oana Botez are strikingly apt.  Linda gets a new dress. Mark Barton move us from one world to another with light and darkness. The play starts with lights up for the audience.

Hnath and Matthew Lopez of The Inheritance have the ability to smoothly take us from improbable moment to unexpected one with language that sails. Jagged moments, slashing ones, and sudden turns add to our reception. Actors and the directors of these works respect the challenge lifelike irregularities present.  They make these complex and rich writers accessible for audience pleasure.