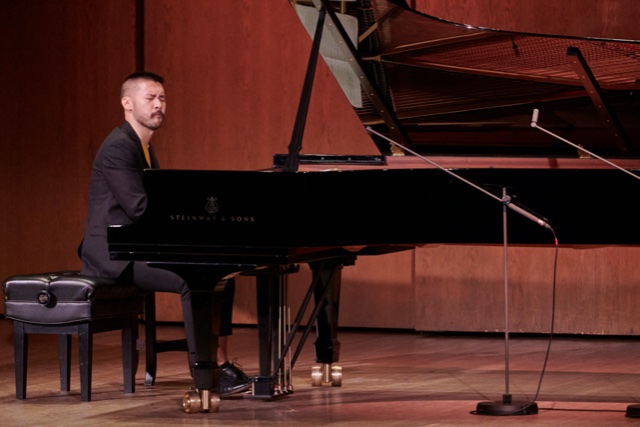 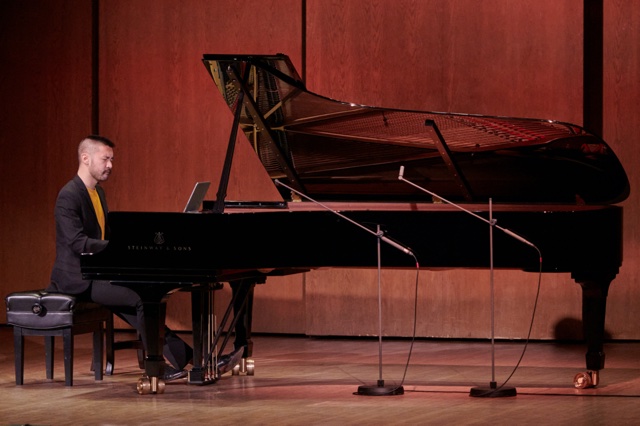 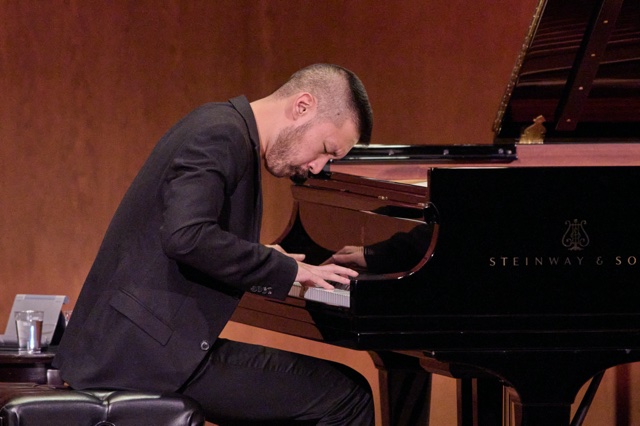 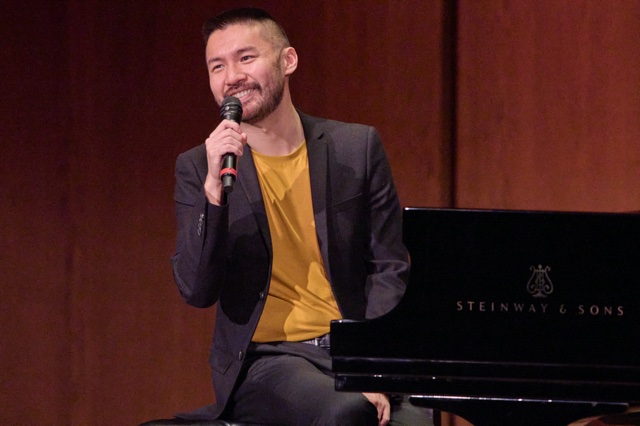 Conrad Tao is a special pianist. He is a master of technique and so much more. He performs as a listener, always hearing the harmonics of a note he strikes (or even plucks). In his own compositions and in his interpretation of the work of others, he calls our attention to the richness of a tone,  colored by many notes, in geometric order above the note struck.

What this means for an audience is particularly clear in the sound cloud rising from the keyboard  in  his own composition, Keyed in. Technical bravado lets us hear more notes at once than an audience may ever have experienced, even in Liszt’s hands. Perhaps because a mass is leashed, and the mass becomes the music’s line, the singularity of a phrase is absent.

Yet Tao tackles the other end of the spectrum, the single note, and the short, beautiful phrase. In an Improvisation at the program’s start, he captured the beauty of pure tones and their colors. He is sometimes impish with his instrument. Before he performed John Adams’ China Gates, he placed some metal discs judiciously around the piano’s strings. He enjoys listening to the different textures that sounding board can produce.

His concerts are a journey shared with the audience.  Part of the pleasure is heightened anticipation of what will come next when you’ve finished listening to one surprise. Pussytoes, written for him by Jason Eckardt, is a case in point. A miniature in A Compendium of Catskill Native Botanicals, chords and chromatic flourishes, separated by silent breaths giving pause, reveal texture and color.

Individual works in the seemingly eclectic program were related. Schumann’s Scenes from Childhood did not unbridle romanticism, but rarher seemed natural, like Eckhardt’s world. Pastorale came to the composer Fred Hersch in a dream about Schumann, to whom the work is dedicated.

Beethoven’s Sonata in A concluded the program. Grandeur crept up on the opening movement. The Scherzo gave us an energetic sound cloud. The finale, ineffably moving in its slow fugue Tao shows us where Beethoven fits in his listening scheme. He comes after the otter composers performed when he in fact preceded them.  He is their inspiration, and also the radical, still paving the way.

Tao’s fingers on the keyboard, responding to his highly sensitive listening ear give us music which rouses our curiosity and helps us empathize. We block out other thoughts and travel with him on his listening journey.