The Met Orchestra Struggles with the Return of Levine 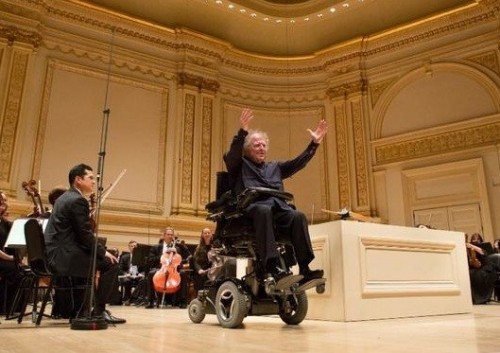 Many Levine fans love him, ready or not. 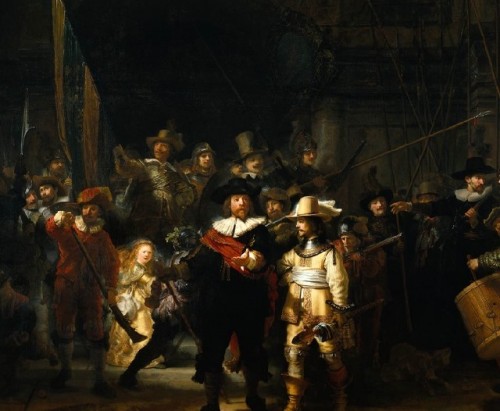 Conventional wisdom has it that Mahler was influenced by Rembrandt. In fact, he was familiar with the painting titled Night Watchman, but simply referred to a lonely walk at night in the Seventh Symphony. 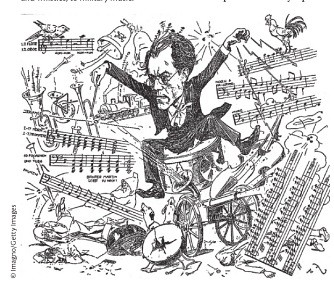 This drawing of Mahler conducting captures the spirit of much of his music.

The Songs of the Wayfarer was Mahler's first song cycle and, in combining the cycle with a full orchestra, Mahler took a daring and unusual step.  Baritone Peter Mattei is treasured by Metropolitan Opera audiences, Amfortas, Onegin and Don Giovanni among his wide range of roles.  We got a chance to focus on the voice in his extraordinary rendition of the cycle with the Met Orchestra at Carnegie Hall.

James Levine’s return to the music directorship at the Met and to a limited number of conducting duties is now a matter of fact. He has been welcomed by an audience that knows his work well and came to revere him over the decades. We have suggested that he might better spend his time now with young singers and musicians over at Julliard, and his opera One Acts in February is just the kind of enterprise we envisaged.

His Falstaff, even though he was given what he asked for in terms of a superb cast, left Verdi wanting. Tthe orchestra under Levine's baton did not seem as spot on shaped as it often does and had Mattei not performed with such a stunning clarity, the moments where orchestra and singer separated, or did not enter together, or where the orchestra became too prominent might have been more disiturbing.

The clarion tones of the Scandanavian singer, Mattei and Stemme today, and Jussi Björling and Jenny Lind with near neighbors Kirsten Flagstad and Lauritz Melchior in the past, are particularly satisfying. It is odd to use the term rich when there is no apparent vibrato and all the drama is achieved by dynamic control applied to pure notes in the service of emotion.  Mattei's articulation is perfect, but always feelings accompany the word.  Mattei is a singer for the ages.

Mahler’s Seventh was chosen as the second part of the program.  If light is composed to emerge from the darkness, it didn’t.  Members of the orchestra tried hard.  In the nocturne sections, movements two and four, the violin and plucked strings were perfection.  Often the horns and violins also soared.

But the overall effect was stagnant, almost muddy. This symphony has been often discussed and whatever it means, it is clearly made up of nuggets of gemstones. Their edges have many facets. Sometimes they fit together and sometimes they do not.  But they must be polished and shine like a mosaic.  When they go crazy they are like listening through a kaleidoscope.

Moments of the second nocture, the fourth movement of the symphony, were perfectly beautiful as colors of instrumental tone gleamed. But overall the music sank.

The work may have a coherence which is difficult to achieve, but it had little clarity under Levine.  There were some lovely solos by the concert master, the principal viola and the horns, but these remained detached from the symphony's procession.

The Maestro’s technique did not seem focused. Tempo relationships were not always logical.  Perhaps enough space was not given the various parts.  One of the most dynamic pieces in the literature seemed to drag. Facets merged into a mélange of music.  Musical quoations from Wagner, Lehrer and Mozart were add-ons, not integrated into the score.

While Mahler offers phrases, passages and sections which can be variously interpreted, the direction lacked any point of of view. The orchestra tore into the finale, which was loud but not uplifting.

Levine’s return has been discussed often on this site. We have been fans for decades, so it seems particularly sad that a man who reached the pinnacle of opera conducting should be continuing with diminished powers. It becomes clear that his presence helps the General Manager continue to exercise roles for which he is not prepared but wishes to assume.  Columbia Artists Management needs their percent of the Levine salary. Reliable sources in the management of the Boston Symphony Orchestra report that they would not consider for the position of music director any conductors on the CAMI roster.  Boston had had enough of CAMI with the stretched out tenure of Ozawa and the Levine debacle.

The Juilliard One Acts should be wonderful.  Yet not one person seems anxious to see Levine conduct Deborah Voight in Wozzeck.

This afternoon was superb because Peter Mattei sang. In Carnegie, every musical dream is filled with the highest talent.  Mattei made this afternoon.