My Son the Waiter: A Jewish Tragedy 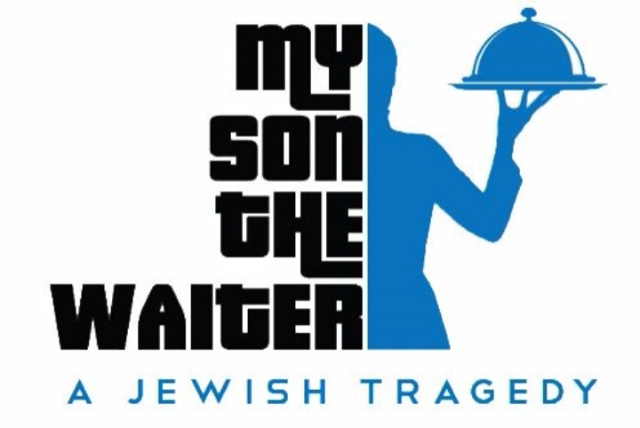 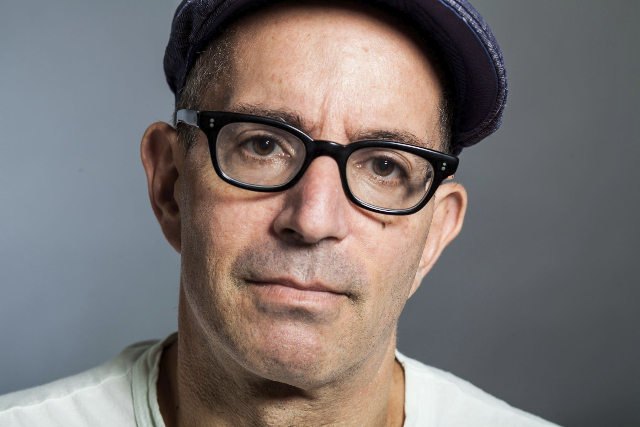 Never has a tragedy been as funny as the one-man, hilarious comedy on-stage at Mizner Park Cultural Arts Center in Boca Raton through Jan. 29, one stop on a national tour.

In fact, the use of the word “tragedy” in the play’s title is meant for comedic purposes, as anyone who is Jewish will likely figure out.

“My Son the Waiter: A Jewish Tragedy,” performed on a stage with minimal scenery, falls into a genre of theater we might call “Theater of Recognition.”

Laughs are accompanied by head nods of familiarity as we listen to the comic actor Brad Zimmerman talk, among other things, about his Jewish meddling mother.

“She has been an endless source of material,” Zimmerman tells us about his mom, who can’t stop offering him food and keeps asking him when his career will finally take off.

The “tragic” part of the show is that after he moved to New York, he “temporarily” waited on tables for 29 years while pursuing his acting career.

If you’re Jewish, something will resonate with you and you’ll laugh heartily.

If you’re not Jewish, something will resonate with you and you’ll laugh heartily.

That’s because the piece, which Zimmerman wrote, contains not only Jewish jokes; it covers his experiences as a waiter and touches on reality television, dating in general, including the top six things to say on a blind date and what Zimmerman finds funny about excessive celebration following a minor achievement. Chances are, you’ll find it just as funny.

Zimmerman has a way of making people laugh. He’s mastered the art of comedic timing, knowing how long to wait before delivering a punch line, betraying appropriate facial expression and speaking in tones  that will likely elicit laughs.

While he conveys a laid-back charm at other times, he doesn’t laugh at his own jokes -- a no-no for comics.

He  uses hand gestures well to make a point, but never overdoes it. He also varies the pitch of his voice, which adds to the hilarity in his performance, as he comments on his childhood, his crushes and his drive to make it as an actor.

The actor touches on his successes and failures. His story proves that to make it in show business, you have to face failure, because it will come. So will discouragement; Zimmerman was told he’d never make money performing in New York.

Perseverance is key and a little luck can help, he said.

He should know having opened for Joan Rivers, Brad Garrett and George Carlin and now he’s on a national tour with this show – a New York comedy.

During the course of his 90-minute show, Zimmerman proves he’s adept at acting as well as stand-up comedy. He speaks convincingly in a Scottish accent and nails just the right Jewish motherly New York tone while imitating his mother.

During the reviewed performance, Zimmerman elicited laughs even before delivering a punchline or finishing a statement. He’d just mentioned that when he was 9-years-old, he went to sleep away camp. Following the word “camp,” one could hear laughter. Perhaps those laughing so fondly and vividly recalled their hilarious moments at sleep away camp, they burst into laughter at the mere mention of the experience.

He knows how to pick material that will resonate.  Who among us can’t at least smile at the thought of hitting a home run during a youth baseball league game, or know someone whose son, grandson, nephew or other relative experienced that feat and was overcome with elation.

But Zimmerman never mentioned wanting to become a professional athlete. In fact, for a portion of his youth, he didn’t know what he wanted to do with his life. Still, despite his aimlessness, Zimmerman said he was given a second chance as an adult to determine his career path.

While Zimmerman’s show is obviously meant mostly for laughs, there is at least one lesson to learn: In life, perseverance, thick skin and luck can lead to successes that once seemed impossible.