Julia Bullock, this year's Artist in Residence at the Metropolitan Museum of Art, conceived a Nativity celebration at the Cloisters. 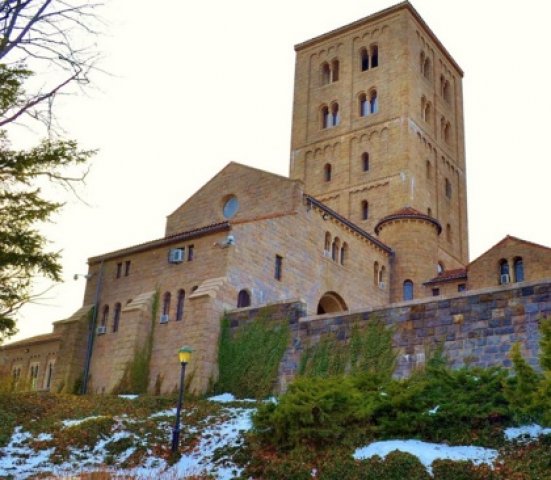 Cloisters at the Metropolitan Museum of Art 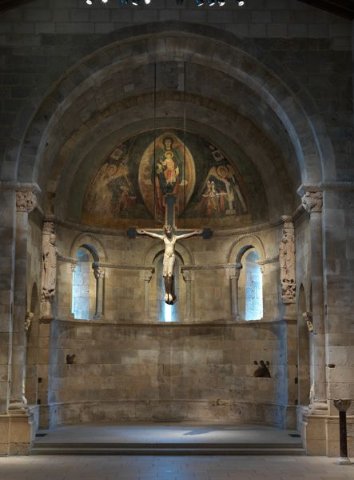 El Nino at the Cloisters 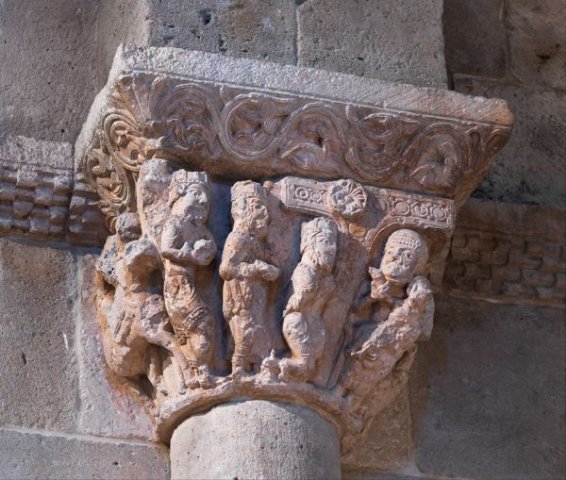 From the church of San Martín in Fuentidueña, Spain. Now at the Metropolitan Museum of Art. 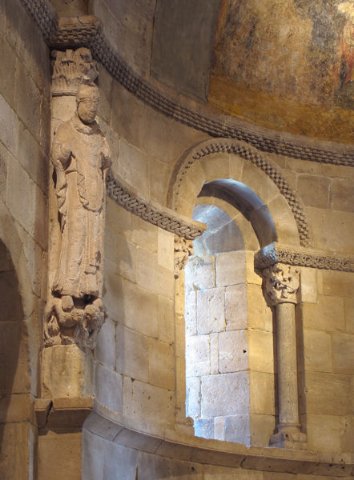 From the church of San Martín in Fuentidueña, Spain. 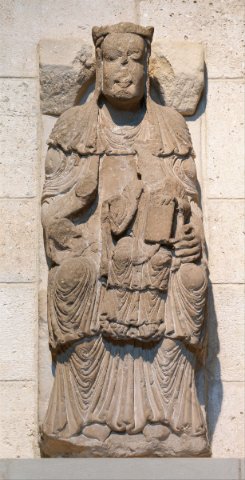 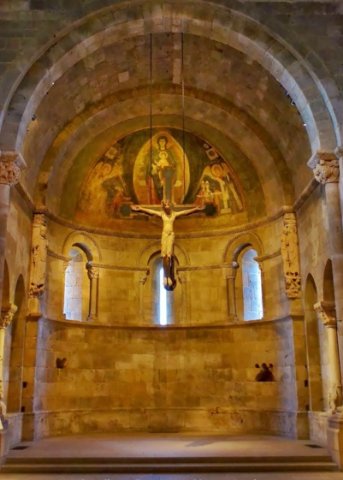 Chancel where El Nino was performed

John Adams and his frequent collaborator, Peter Sellars, focused on the Nativity when they created El Nino, a Christmas Oratorio. Handel's Messiah, the most frequently performed music for Christmas, sprawls into Easter.  Now we have marvelous seasonal music for our time.

The American Modern Opera Company is a group of performers who are seizing the moment and shaping their careers.  They work with organizations as diverse as Opera Philadelphia and the Metropolitan Museum  of Art.  They are making their New York debut at the Cloisters, a respite from the busy city. The 12th century apse from San Martin at Fuentidueña was dismantled and brought to the Cloisters about sixty years ago.

Julia Bullock, the Met Museum's Artist in Residence this year, spearheaded this performance. Her first apartment in New York is nearby.  She was thrilled by a chance to perform in the quiet high above the Hudson River. The acoustical opportunities of stone were on abundant display.  Presenting the work of Adams and Sellars, with whom Bullock frequently collaborates, seemed just right.

The artists were positioned in the chancel.  Hanging from the ceiling in the area which separates the chancel from the nave where the audience sat, was Christ on the cross, the end of the story which begins with the nativity.

Bullock, with the blessing of Adams and Sellars, edited the work to keep within the constraints of performance time and costs.  Yet the spirit of the oratorio remains clear.

She spoke the opening Annunciation, a poem by Rosario Castellanos.  Spanish and English would be interspersed throughout the concert. So too would be texts from Matthew and Luke, and Spanish poems.  J'Nai Bridges, a rich-throated coloratura contralto, joined Bulock in another Castellanos poem. Their voices mixed beautifully.

Davone Tines, the commanding bass-baritone, sang in such rich low tones with perfect English diction that he might have been speaking as he told The Tale Galilee.

Ranging high and low in the Magnificat from Luke, Bullock continued to weave the story.  Ruben Dario's introduction of the three Kings brought on the super counter tenor, Anthony Roth Costanzo as all three Kings. In presumably luxury productions the Kings are sung by three different counter tenors.  We were lucky to get this dynamic singer as Gaspar, Melchior and Balthazar.

Christian Reif conducted a group of instrumentalists who brought out dramatic chimes hammered by Jonny Allen to sound like pealing church bells of a carillon. Conor Hanick played piano at the back of the chancel. The strings often bowed Adams' repeats, which were picked up from time to time by urgent repeats in the text.  A guitar gave an unusual Spanish flavor to this nativity setting.

The music is dramatic and ranges from processional in tone, to notes filled with fear and pain, and then the celebratory arrival of the Christ child.

All four singers joined to sing Sor Juana Ines' de la Cruz poem celebrating wonder as the child is born. Who will take care of this child?  Neither air nor fire. The Earth will.

This group of artists from the American Modern Opera Company, with their guests, offered a new way to celebrate the season in a style that was perfect for the needs of now.