Gloucester Encounters: Essays on the Cultural History of the City 1623-2023 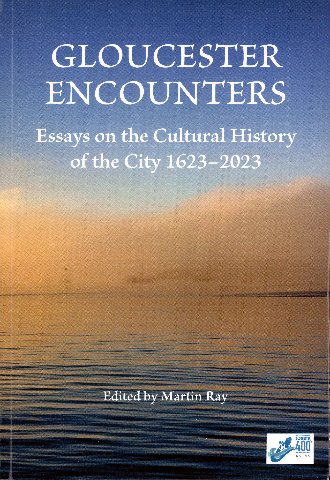 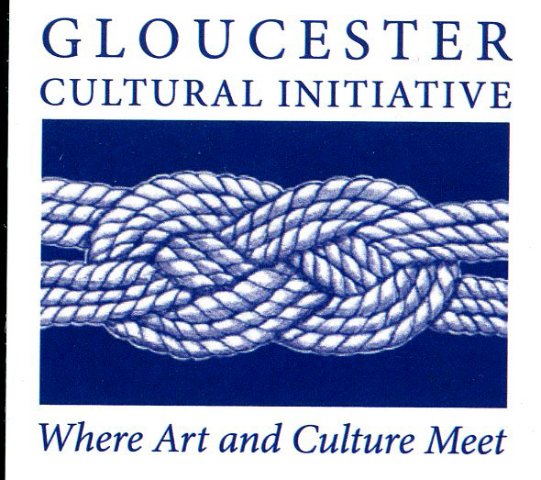 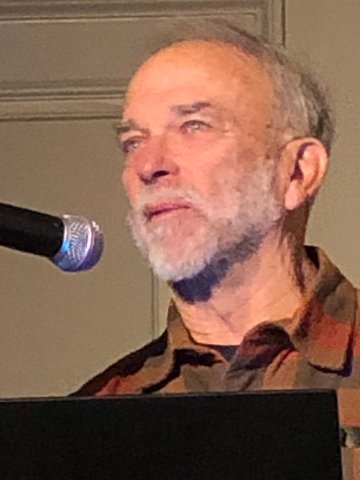 The Gloucester 400th Anniversary Committee and the Bruce J. Anderson Foundation contributed substantially to production costs. The book is available to purchase for $25 through the Gloucester Cultural Initiative website, gloucesterculture.org. Local pickup is available at no charge — select “PICKUP” at checkout. For priority mailing options, email, gloucesterculture@gmail.com.

With the 2022 publication of Gloucester Encounters: Essays on the Cultural History of the City 1623-2023, edited by Martin Ray, we have a kick start launch of a year of commemoration in 2023.

The word “commemoration” is a decision to avoid the more sanguine term “celebration.”

In planning a year of events the organizers and patrons are, however tepidly, signifying that the occasion is a solemn one for many. While remembering great accomplishments, sacrifices and singular artists and citizens this came at great loss to the indigenous people here for thousands of years before the arrival of the Dorchester Company and their attempt to establish a fishery in 1623. The narrative includes those brought against their will in slavery or sold by Gloucester’s vessels and leading families, including clergy, that profited greatly from this trade.

There are the stories of immigrants from Italy and Portugal who toiled the sea, the Irish like my Nugent ancestors who tilled the land. In Lanesville the Finnish people who worked the quarries. This was backbreaking work for humble, devout people who lived in the modest homes that circle Cape Ann and cluster in Gloucester’s Fort, Portuguese Hill and Rockport.

The class struggle has been well defined by topography. There is the patrician gated community of Eastern Point, the socially anointed of Annisquam and Bass Rocks. In the harbors are fishing boats and sleek yachts with now more of the latter than former.

Gloucester is renowned for its fisheries and fleet that has dwindled to just a few working vessels. There was a time, now long gone, when Gloucester provided good jobs for those willing to endure back breaking work and week-long stretches at sea. Initially, by swift schooners plying the bounty of the Grand Banks then by diesel boats. Captains were duped into investing to compete with factory ships that vacuumed the sea of its sustenance. Better to scuttle and collect than keep up the mortgage.

For skippers from then to now contraband was a better cash crop than fish. The cash and carry worker’s culture resulted in social blight, alcoholism and addiction.

This volume compiled by Martin Ray reads like a pot luck supper of topics or perhaps a clam bake at Wingaersheek Beach. The original intention was to include a tight selection of six authors. That got expanded to an unwieldy 36 points of view. One might either praise its democracy and inclusion or deplore its lack of cohesion.

A generous appraisal might compare to an Our Town paradigm of Thornton Wilder. There is an everyman approach that all authors are somehow equal. One thinks of a town where every child is well above average.

Approaching the book with cover-to-cover equanimity there are chapters which I devoured and reread craving more information. As well as ones dutifully noted but of less than compelling interest. What kept me going was a constant sense of the unexpected. The surprise that the ordinary can indeed be extraordinary.

Here let me insert a disclaimer. The title promising “Cultural History” enticed my interest. As a critic and art historian that’s my primary interest in Cape Ann. I am intrigued by its depth in the arts particularly literature and the fine arts as well as theatre and the performing arts. Ray and his book defines culture more broadly in terms of community from feminism, to anti war activism, as well as support for veterans and those who served. City councilors, Chamber of Commerce,  social services. clubs, Mighty Mac clothing, high school track and Addison Gilbert Hospital, get equal time with Fitz Henry Lane, Winslow Homer, Paul Manship and Marsden Hartley.

Here and there we catch whiffs of Charles Olson and T. S. Eliot but not a word of Israel Horowitz. The latter a good thing but sweeping Gloucester Stage Company under the rug is not. There is hardly a word on the Gloucester Writers Center and none at all for Manship Artists Residency, Windhover Center for the Performing Arts, T. S. Eliot program, the major art associations, or even a breakdown of the phenomenal restaurants. The book might have had a touch of whimsy, perhaps a poem, or recipe for haddock chowder.

According to the Gloucester Cultural Initiative, the writers’ “goal was not to tell one more idealized version of a rugged fishing town and the famous people who loved it, but rather to show the character and reach of Gloucester’s culture, how it affected the lives of those who lived there and how they in turn reshaped that culture. The essays go broader and deeper than the more common discussions of famous artists and writers who flocked to the city, from T.S. Eliot and Charles Olson to Winslow Homer, Edward Hopper and Fitz Henry Lane. It’s not just Gloucester’s beauty, history and beaches that they hold dear.”

That’s sounds like a plan. It evokes the idea of as many Gloucesters as it has citizens. I’m all for that Omnibus paradigm but that would require a visionary and skilled editor. Try to imagine if Charles Olson or Peter Anastas were charged with this project. While viewed as high-brow elitists they were anything but. The slurry of Gloucester Harbor with its salty stench coursed through their veins. We are thrilled with two posthumous chapters from Anastas. His essays have an in the hood flavor.

The essay by Lise Breen “Hidden City: Slavery and Gloucester’s Quadricentennial” is dense and riveting. It feels compressed as though the author had few occasions to disseminate essential and well researched material. It is the most revealing chapter of the collection and needs to be expanded into a book. How Gloucester responds to awareness of this legacy of evil will define its future humanity.

As Breen e mailed to me “"There is evidence of Gloucester captains sailing directly to Africa for slaves from 1759-1859. They were sold in various ports in the West Indies, the American South, and later, illegally, in Brazil and Cuba. There is also evidence of enslaved Africans forced to labor in Gloucester as early as 1685. Many prominent Gloucester families relied on enslaved labor throughout most of 18th century. For instance, Judith Sargent, the proponent of women’s equality, confessed she sold her “lads” in late 1783. Her home, now a museum, is filled with the portraits of enslavers and slave ship investors. It also contains objects and portraits from the Sargent family Mississippi slave plantation mansion—an extraordinary example of Northern social and economic ties to the Southern slavery."

As a former daily newspaper arts reporter I devoured John Christie’s relatively lengthy memory of the Gloucester Daily Times “Feisty and Full of Characters Like the City it Covered.” Indeed. How it reminded me of my time in the newsroom. It seems I knew and admired all the colorful and brilliant colleagues he wrote about.

Arguably the best written, informative, feisty and enticing essay was by Gail McCarthy, a current GDT reporter and feature writer. While not muckraking she lifts the lid on issues that roil the city and cast shadows on its future. She alludes to the loss when money bought into the waterfront like the atrocious and insulting encroachment of the luxury Beauport Hotel butting into a working port and flipping the fisherman’s village of the Fort.

I wish more space had been allotted to Mark Carlotto’s ‘Native People and European Settlers” or Susan Erony’s “Letter from an Artist.” I am indebted to Erik Ronnberg for “Wharves and Vessels on Canvas and Paper.” A curator at the Cape Ann Museum he brought insights to the variety of vessels in the paintings of Fitz Henry Lane which elevated them from the norm of art history. The lively pop music scene is vividly conveyed by Gordon Baird. There was a briny taste of what it means to fish from Gloucester in "And Old Fisherman's Reverie" by Russell Sherman.

There were many personal and family memoirs. None more poignant and gut wrenching than those of Vietnam vet Marc Levy. It blindsided me.

It is for such moments and insights that this book is essential reading for getting a grip on Gloucester.