An Opera by a Prodigy 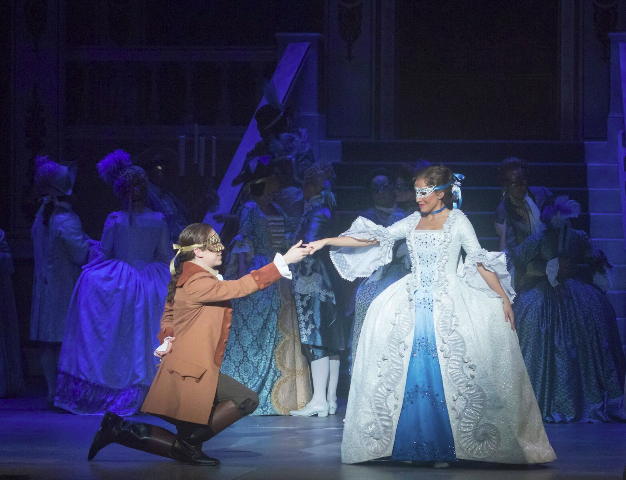 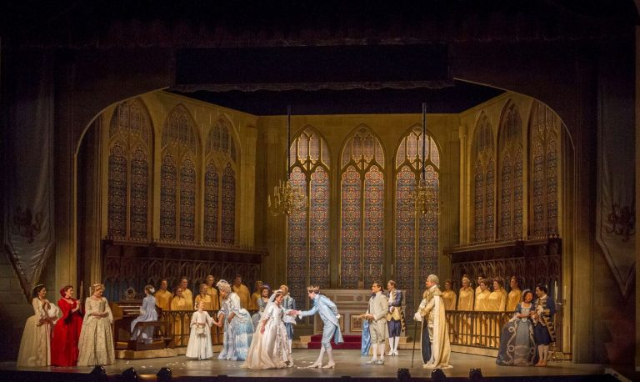 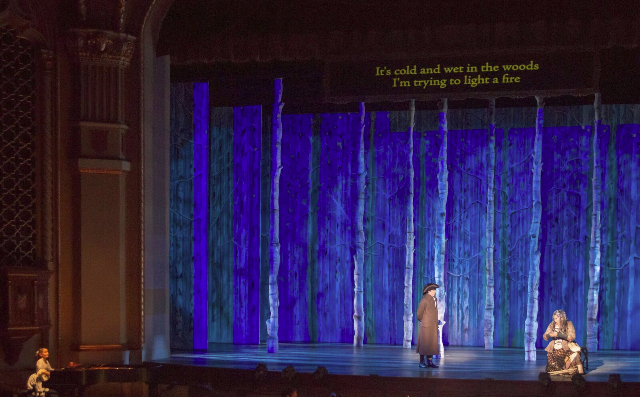 Alma Deutscher’s interviewers inevitably suggest that she be considered a second Mozart. But the 12-year-old English composing prodigy politely demurs by insisting that she rather thinks of herself as the first Alma. So she shall be Alma.

Her chutzpah is perhaps justified considering that a chamber version of Alma’s opera “Cinderella” first played in Israel when she was 10, followed by a fuller version in Vienna under the auspices of Zubin Mehta. The fully orchestrated, English-language version underwritten by The Packard Humanities Institute now premiers at San Jose’s California Theatre with an extended, sold-out run. And the work is her opera in every way. She composed the music, penned the book, wrote the libretto, and arranged every instrumental part for a full orchestra. And yes, it’s worth the price of admission. Her talent is virtually peerless for her age, and her opera is compelling.

Variants of the Cinderella folk story have appeared in many cultures for centuries. Contemporary western culture’s most famous version is Disney’s 1950 animated film, “Cinderella,” while opera goers may give a nod to Rossini’s “La Cenerentola.” Alma’s “Cinderella” holds to the same story arc of the aforementioned in which the heroine is abused by a stepmother and two stepsisters but succeeds in winning the hand of the prince.

Alma cleverly makes the story more relevant to opera by incorporating a singing contest of those competing to marry the prince. And she demonstrates mischievous humor by having one of the evil sisters tricked into singing lyrics that are a medical report of the king’s illnesses. When Cinderella escapes the ball without the prince learning her identity, he is challenged not to find the girl whose foot will fit a glass slipper, but to find the one whose melody entranced him.

This contemporary opera is really a throwback to the romantic tradition – none of this modernistic dissonant, mathematical music devoid of heart or soul. From the warm shimmering of strings that opens the overture, the composer stakes out beauty as the defining characteristic of her music. Overwhelmingly melodious, it flows with grace, especially coming from title character, played in this showing by Natalie Image in her single scheduled performance, and from the prince, played by Jonas Hacker. Both exhibit power and clarity, particularly in their upper ranges.

One might argue that there could be more musical differentiation in the score or that the repeated reprise of the charming theme “She went out into the darkness” is excessive. Does the score seem the product of a still growing musical mind, or do we infer that because we know the youth of the composer? Clearly, Alma can produce attractive music. She also demonstrates command of duets with countermelodies and dual lyric lines running contemporaneously. In the future, she will no doubt be capable of increasing complexity.

Back to the Mozart comparison, Cinderella’s lyrics refer to Pamina from “The Magic Flute,” and Alma’s more attacking music, delivered by the evil stepmother and stepsisters, sounds as if influenced by that opera. While the whole cast is delightful, Mary Dunleavy is brilliant as the stepmother. Her role requires a harsh, but controlled upper register, and in her aria “I must get rid of her,” it almost seems as if she’ll break into the Queen of the Night aria. A final similarity to “The Magic Flute” is that this “Cinderella” is also a singspiel, containing considerable spoken dialogue, which by no means diminishes the quality of the work.

The production is delightful. The overall ambiance starts with well delineated characters, portrayed by excellent singer/actors. In addition to the leads, comic highlights are offered by the frivolous stepsisters, the supercilious king, and the fopish minister, while magic is provided by the mysterious woman in the forest who will reappear in a different form. Steven Kemp’s staging is stunning, with several different sets from palace ballrooms to birch forests developed around numerous drop walls, and Johann Stegmeir’s period costumes delight.

To provide other perspectives about this accomplishment, note that Beethoven produced only one opera, the significant but flawed, “Fidelio.” Written at the height of his powers and contemporaneous to his “Fifth Symphony,” he found opera composition too vexing to try again. Although Mozart wrote the music to over 20 operatic opuses, he wrote zero books or libretti. In addition to her lovely music, Alma’s lyrics are mature and largely rhyming. Although too trite to stand alone as poetry, the opera world is full of sillier and more repetitive lyrics. Prodigies of this caliber are almost unheard of, and if she continues to develop, she will be a superstar. Oh, and by the way, just for fun, she also plays piano, organ, and violin solos in the performance from a catbird seat at the edge of the stage.

“Cinderella” with music, book, and libretto by Alma Deutscher was presented by The Packard Humanities Institute and Opera San José, directed by Brad Dalton, conducted by Jane Glover, and played at the California Theatre, 345 South First St., San Jose, CA through December 23, 2017.