A remarkable life at Museum of Jewish Heritage 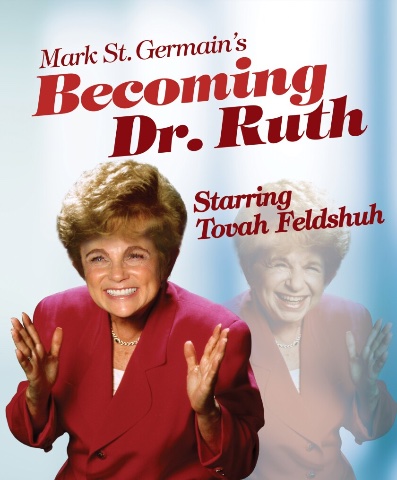 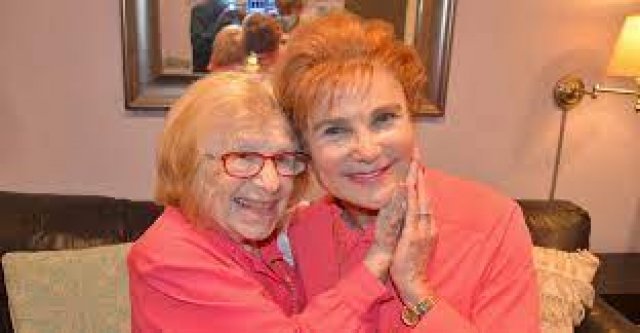 Mark St. Germain has crafted a moving and funny portrait of the great radio and television sex-pert, Dr. Ruth Westheimer. It plays at the Safra Hall in the Museum of Jewish Heritage. Scott Schwartz directs. Dr. Ruth triumphs over Hitler.

"My parents gave me life twice. Once when I was born and twice  when they put me on the Kindertransport train to Switzerland when I was 10," reports Dr. Ruth.

This remark comes with a remarkable tale of farewells.  When her father was forced by the Nazis  to go to a work camp, Dr. Ruth, then Karola Ruth Siegel, looks out her window.  Before he went into the truck, he looked up at her and smiled and waved. This would be the last time she saw him. She knew when she was taken to the train station to leave for Switzerland that she too must turn around and smile and wave.

Tovah Feldshuh, playing Dr. Ruth now, sees Dr. Ruth’s choice to be optimistic, the center of her being. Feldshuh has played Ruth Bader Ginsberg, Golda Meier and Yentl, but no role has changed her more than this one. And it is the choice to be positive and hopeful that captures the audience.

Dr. Ruth’s father taught his young daughter that education was the most important task we have. It is the only thing we can always carry with us.  Dr. Ruth studied in Israel, Paris, and New York as she switched her names putting Ruth first and K. second.

She moved through life saying yes.  Although she has no regrets she first married two men who were great love affairs, but not the turf for marriage. Her third husband Fred was the love of her life. They raised two children.  Ruth would get a PhD in Education from Teacher’s College and add doctor to her name.

Dr. Ruth is 4 foot 7 and shrinking. It was suggested that she teach kindergarten because she would fit in the students’ chairs comfortably.

Who wanted to lecture on sex education? Five hands in the room went up. No fee, four hands went back down.  Ruth Westheimer went out and found herself talking about sex.

She talked so well about sex that she ended up on radio at midnight, at first for fifteen minutes and then two hours.  She answered any and all questions. Many  of course about penis size, which Dr. Ruth says, has nothing to do with the quality of sex.

Dr. Ruth is frank and funny.  Yet is is her optimism which lingers on. Life is messy. New opportunities continue to unfold if you say yes.  .

At the play’s opening, Ruth is packing to move,  Having shown us her treasures and told us their stories, she changes her mind.  She will stay in the home she made with her husband, who has died.

Set design by Andrew Diaz, Llghting, Mile Billings and projection by Brian C. Staton give us the feel of a life crammed with action and love.  It is in the neighborhood that hatched Henry Kissinger and Lin Manuel Miranda.

A great believer in the power of  live telephone conversations, she talks to various ‘clients’ as she packs. We learn that when she first started doing phone interviews she yelled. She did not think she could be heard across the wires unless she spoke up.

Charming, self-deprecating, warm and quick, Tovah Feldshuh captures the Dr. Ruth we know, and then some.

At the Museum of Jewish Heritage in New York through January 2 2022.  Tickets here.