At the Cut by Peter Anastas

Coming of Age in Gloucester 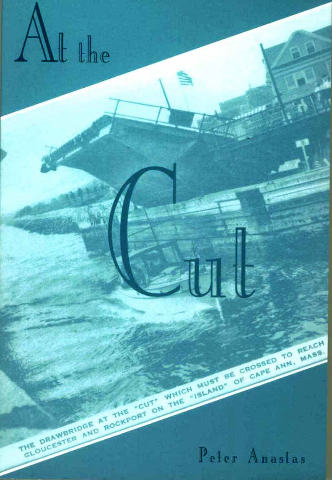 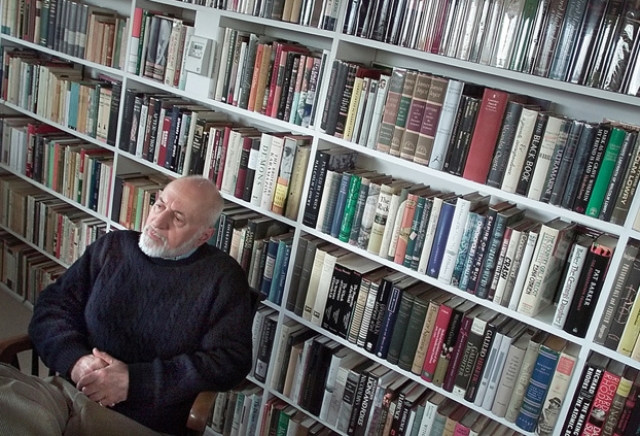 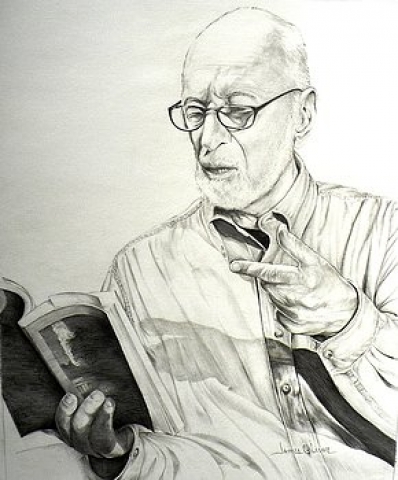 Cape Ann is a world unto itself. Initially it was narrowly connected to the rest of the world by a drawbridge over the Blyman Canal known to Gloucester’s natives as “The Cut.”

It is usual to be caught up in long lines of stalled cars when the bridge is raised to allow vessels to use  the narrow canal that connects to the Annisquam River leading to Ipswich Bay.

During the summers of my childhood in the Post War years there was heavy river traffic from a then vibrant fishing fleet. Boats came home with flocks of gulls squawking for a share of entrails chucked overboard.

The wharves of Gloucester were a bustle with lumpers emptying the holds of the daily catch. It was here that Birdseye perfected flash freezing fish. Gorton’s invented processed fish sticks and a line of convenient products. Entire families for generations worked in the fishing industry.

Decades of overfishing by foreign factory ships diminished the bounty of the once fertile and seemingly inexhaustible Grand Banks. That and regulation to preserve what’s left has decimated the fleet.

Peter Anastas, in “At the Cut” recounts growing up the son of Greek immigrants in Gloucester where he was born in 1937. His family ran a variety store with lunch and a soda fountain. They lived in a working class neighborhood near The Cut.

The author sent me his book by exchange.

He tells of walking to school with special short cuts to avoid the bullies of other gangs of kids. Gloucester High School and its football stadium overlook The Cut.

Drawn to the fishing industry was an ethic mix of Irish, Italian/ Sicilian and Portuguese. They lived in neighborhoods like The Fort near the harbor or around Our Lady of Good Voyage church on “Portagee Hill.”

There were ethnic festivals with food from the old country. The Bishop or Cardinal would come for the annual Blessing of the Fleet a ceremony and celebration that launched the fishing season.

The isolation of Cape Ann, with its diversity of  communities that surround it from working class Gloucester to upscale Yankee enclaves like cul de sac Annisquam, gated Eastern Point, or quaint and tacky Rockport, makes it a world unto itself.

There were generations, now less so, who rarely or ever made it over The Cut. Visiting Boston or even Salem and Marblehead, as Anastas relates, was as exotic as the Adventures of Marco Polo.

For the poet Charles Olson, the dominant literary figure of a community of Cape Ann authors, Gloucester was the paradigm of his notion of polis set forth in the epic Maximus Poems. Anastas edited and published "Maximus to Gloucester: The Letters and Poems of Charles Olson  to the Gloucester Daily Times , 1962 to 1969."

Olson predicted that Gloucester would not be changed for the better when, after years of delays, Route 128, in 1953, with its Philip Briggs Bowker Overpass finally spanned the Annisquam River over the A. Piatt Andrews Bridge.

By then my family had built a home in Norwood Heights, Annisquam. No longer would it take hours to drive home from a weekend. Prior to that was the Sunday night crawl over the cut bridge then winding along the shore route of 127. A highlight was stopping in Ipswich with its row of restaurants, from then rustic Woodman’s to the upscale Ship Ahoy, offering  to-die-for fried clams.

As commuters and summer folk we hardly noticed the change to Gloucester as its heart and soul were leached out just as Olson had predicted in those ranting letters to the GD Times. Snatches of that rant pervade his Maximus epic.

To glimpse the Gloucester of the Post War era the Anastas book, one of many he has written, proves to be insightful and invaluable.

His intent, however, does not conform to the manner in which I approached it as a then and now resource. It is a coming of age tale with a specific locale. The book belongs to a literary tradition like Joyce’s “The Dubliners.” In that regard what we learn of a fishing community in transition and decline is incidental to the primary thrust of the foibles and challenges of growing up absurd in a Greek family which was a minority within the hegemony of minorities.

We meet an interesting cast of characters through the local kids some of whom are bullies while others, challenged in one way or another, are the object of bullying.

The chapters equate to a series of vignettes and short stories complete unto themselves. We meet the kids, a stunning cast of oddities, from Joey, to Mungiare,  or Jimmy Bullfrog. There are adventures to exotic destinations, from near to home Magnolia for a day trip by local bus, to a family excursion to New York. There his father fibs with a grandiose and false description to a restaurateur of running a similar enterprise.

There are stories of tragedy through illness and fires. His grandfather’s ambitious hotel went up in flames without insurance. His father’s store burned down. By then, though just in his fifties, he was in poor health and rebuilding was complicated.

Then there are the girls and what to make of them. There is the awkward phase of having them as friends then schemes to see them naked. Here the author delves into the erotica of hormonal changes and inevitable self abuse.

What grips me is a passing tour of the Old Gloucester when it had two cinemas The Strand at one end and the North Shore at the other. There are mentions of stores that once thrived from Brown’s to Kresgee’s and Woolworths.

In addition to coming of age we are embedded with his family, their strengths and tragedies. This ranges from the rarely seen, gentle father who worked such long hours and his talented mom who passed to him the love of great and challenging books.

An agenda of the book is its frankness which can be sharp and embarrassing as well as the unraveling of how he came to a life in literature. That branched off from an earlier fascination with chemistry and its sidebar of magic tricks. He tells of intriguing the other kids by turning water into wine then back again.

Then there is the phase of an interest in  biology and preserving an array of specimens. That includes a story of capturing a kitten and stuffing it into a jar. I winced while reading of this cruel taking of life. Rightly his mother also scolded him.

Fortunately he outgrew that and matured as an artist and author.

You may learn more of Anastas and his work by visiting the website Enduring Gloucester.

A selection of other books by Anastas includes: A Walker in the City: Elegy for Gloucester, Glooskap's Children: Encounter with Penobscot Indians of Maine, Landscape of a Boy, No Fortune and Decline of Fishes.