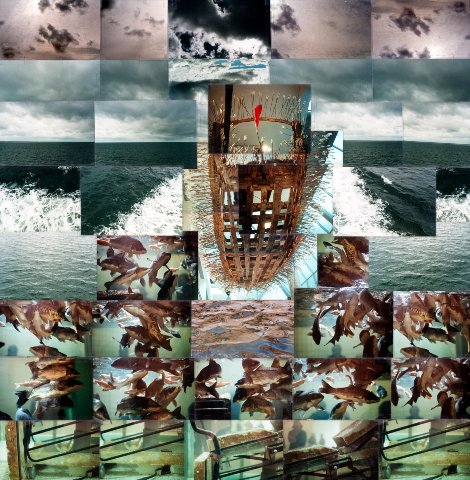 In a discussion one day with one of my teachers there, he mentioned the sameness of service and explained the reason for it was that thought was not required.  You arrived at your cushion, the altar was opened, service began, we chanted, meditated, and before concluding the room was opened for questions.  It was always the same.

Zen Buddhist teaching and the use of Koans are for the purpose of disabusing one from thinking, and instead simply acting.  Quiet oneself sufficiently, be fully present in the moment, and the correct response to the moment will arise on its own – naturally, instinctively, organically.

The traditional cultivations of Daoist practice include stillness meditation, internal alchemical meditation and the development of Golden Elixir, ritual, martial arts, nourishing one’s life with proper diet, qigong, and living in harmony with the calendar, the seasons, and all life.

The purpose of this daily life is to bring oneself fully into the present moment and then to live in it.  Ritual, and the constancy of daily practices, is to take thought out of the equation to allow one’s response in each moment to arise organically.

“Stop thinking, and end all your problems,” as Laozi wrote in chapter 20 of the Dao de Qing.

Laozi also wrote of the three pillars of living a Daoist life:  simplicity, patience, and compassion, referring to them as our greatest treasures.  By being simple in actions and thoughts, he wrote, we are able to return to the source of being.

Daoist thought brings our focus to genuineness, longevity, health, immortality, vitality, wu wei (the Daoist concept of non-action, or natural action as in not forced, in perfect equilibrium with the Great Dao), detachment, emptiness, spontaneity, and omni-potentiality. While that may seem like a pretty ambitious agenda, staying on the path and maintaining daily cultivation practices keep it within reach.

Every taiji form begins and ends with a wu wei posture:  not forcing anything, simply being, simply breathing.  Rather than a sequence of individual movements, taiji is a single, ever-flowing movement, every bit like the forest stream that just flows.

Isn’t that life, though?  Not so much a sequence of individual incidents and circumstances, but rather a single, ever-flowing movement?  I tell all of my students in their very first class that taiji is life.  It is not until they have studied with me for at least six months that they come to understand what that means.

We pray to the heavens and to our ancestors as a mark of respect.  Prayer is also a form of cultivation of the Dao, the Way, as well as a way of practicing the teachings.  It is our duty to help others and to save the world.

We do this by making our corner of it just a little bit better.  We tend to the sick and dying; when we meet someone who needs help, and if we can help, we must.  We teach what we have learned, and we teach what we live.

We develop an ordinariness to our way.  Words accurately reflecting beliefs, actions consistent with words, so there is an ordinariness to the flow of beliefs to words to actions.  Our lives are simple in all respects; we live in society but remain detached from it so as not to attract attention, quietly going about our mostly solitary life.

This is the Daoist way (a little Daoist joke, as “Dao” can be translated as “way”). We walk this path and stay mostly on it.  We practice our rituals and our daily devotionals, we stay as true to the path as we can, and in doing so, we cultivate stillness within.