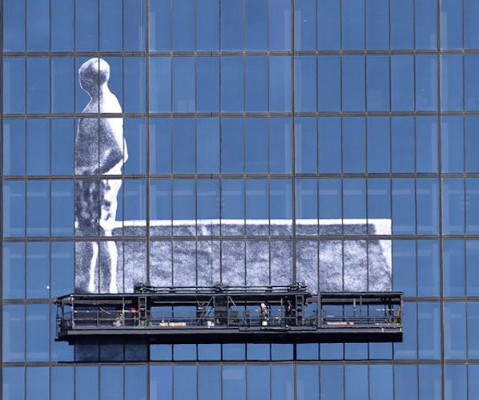 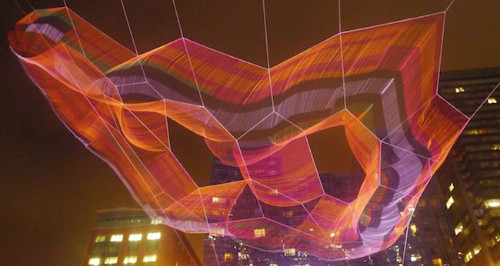 A full view (at night) of Janet Echelman’s aerial sculpture “As If It Were Already Here.” Photo: Mark Favermann. 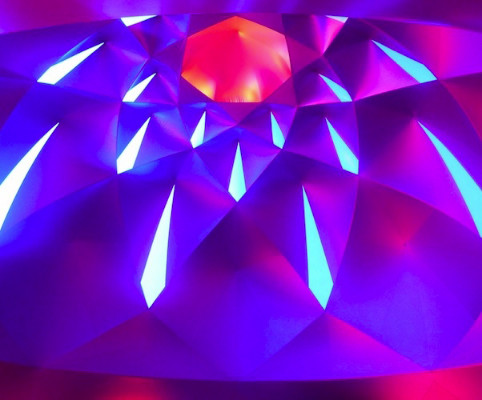 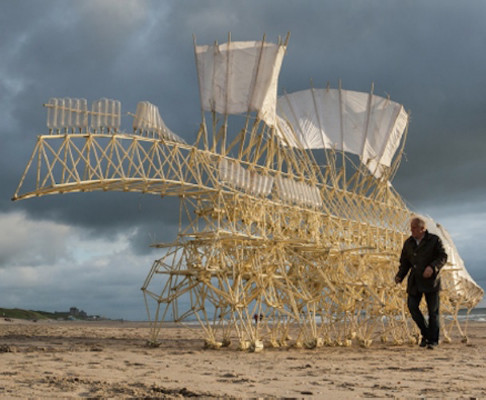 The best public art comes in many forms. It can be temporary or permanent, static or dynamic. At its most successful it needs to stimulate viewers’ imaginations through composition, content, and context.

And it is a pleasure to report that 2015 has been a high point in public art in Boston. With the exception of July 4th and the First Night fireworks, Boston has been far too conservative far too long, unforgivably timid in its adoption of contemporary visual experiences. Much of the blame for the stodginess should be directed at Boston’s traditional notion of art — both public and private — along with the biases of less than cutting-edge museums and New England’s endemic non-visual zeitgeist.

The area’s visual art ethos has been painfully safe and systemically non-experimental. Up until recently, there have been very few forays into new media and environmental art, making Boston something of a backwater when it comes to making large public visual art statements. Ironically, this is true even though there have been many creative practitioners of public art living and working in the Boston area. Primary among the latter was a group of artists/fellows who worked and studied at the now closed Center for Advanced Visual Arts at MIT, whose years spanned between 1969 and 1994. The Center’s director, the late Otto Piene, was one of the world’s great environmental artists. Little of his work was ever shown in Boston; few of the fellows from the Center had projects implemented in and around Boston either.

Though they occasionally gave  lip service to public art, the Museum of Fine Arts, the Institute of Contemporary Art, and various major universities were generally adverse to large-scale environmental art projects. Slowly,  with the completion of the Boston Convention & Exhibition Center (2004-5),  the recent Lawn on D (2014),  and the efforts of the Rose Fitzgerald Kennedy Greenway Conservancy (starting 2008), provocative public art has finally begun to be encouraged in Boston.

In 1999, George Fifield began the Boston Cyberarts Festival and served as the unpaid digital arts curator at the deCordova Sculpture Park and Museum. After the erection of the large marquee in front of the Boston Convention & Exhibition Center, Boston Cyberarts set up an agreement to have digital artists program artwork on its 8-story face. Other screens are programmed at the Harbor Islands Information structure.

At first, on the edge of the Rose Fitzgerald Kennedy Greenway at the Dewey Square air vent, the ICA was the coordinating institution — it put up two huge murals by exhibiting artists. The murals changed after 18 months. The Boston MFA coordinated the third mural by an exhibiting artist at the location. Currently, coordinated by the List Center at MIT, there is a mural by conceptual/postminimalist artist Lawrence Weiner on the site. The presentations have ranged in quality — one has been controversial, others conventional — but at least their presence has continued the contemporary art conversation.

The Lawn on D has curated a number of wonderful temporary sculptural events, including an inflated maze environment (Pentalum) and some giant inflated white bunnies (Intrude), as well as the more permanent Howeler + Yoon’s LED hammocked Swing Time.

The spectacular floating fabric/wire web sculpture by Janet Echelman, suspended over the Greenway, celebrated the longed-for coming of spring this year. This huge aerial piece made an important statement: Boston was now a real public art player. Subsequently, the Greenway has evolved into a leading venue of public art in Boston, with a series of changing temporary installations.

At other venues, temporary visual art pieces have included Illuminus, a one-night program of immersive environments and video mapping that took place in the South End (2014) as well as on the backside of Fenway Park (2015). The latter event was followed a week later by Arts Emerson’s Fort Point Channel Electric Pilgrims, a gathering of sound/light projections and other interactive media.

Roxbury’s Dudley Square business district has been visually and perceptively enhanced by Crisscross Signal Spire, an interactive (activated by Twitter Tweets lit by colored LEDs) beacon by Meejin Yoon. More totem than gateway, it represents a surprising break from the past — it is surprising that a cutting edge piece like this actually won a competition in this (or in any other) Boston residential neighborhood. But times they are achangin’. Also, there is the occasional bridge lighting (such as artist John Powell’s installation at the Uphams Corner Overpass in Dorchester).

In suburban Boston, the deCordova Sculpture Park and Museum has cleaned up its act and begun to seriously showcase public sculpture in some impressive exhibits. And the Peabody Essex Museum (PEM) has continued to focus on compelling environmental art events, including Stickwork by Patrick Dougherty and Theo Jansen’s Strandbeests. There also various smaller regional competitions.

The evidence is irrefutable — a new, exciting era for public art is dawning in Boston. Now we are in the midst of a visual revolution that invites us to look around and be surprised at what we see … who knows how artistic imagination will transform our environment?