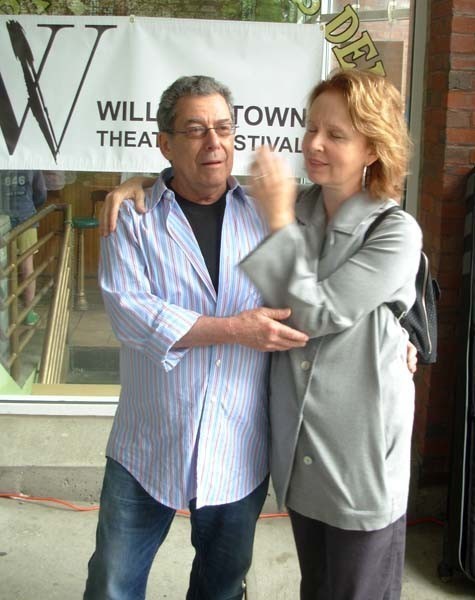 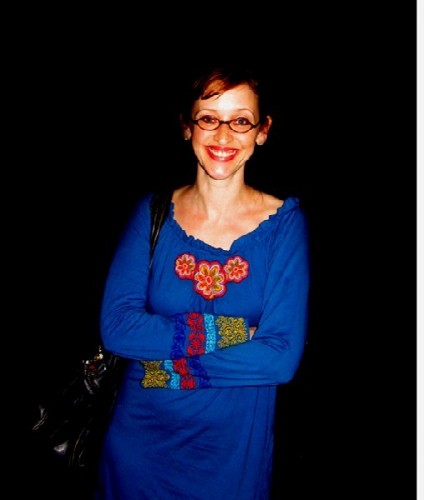 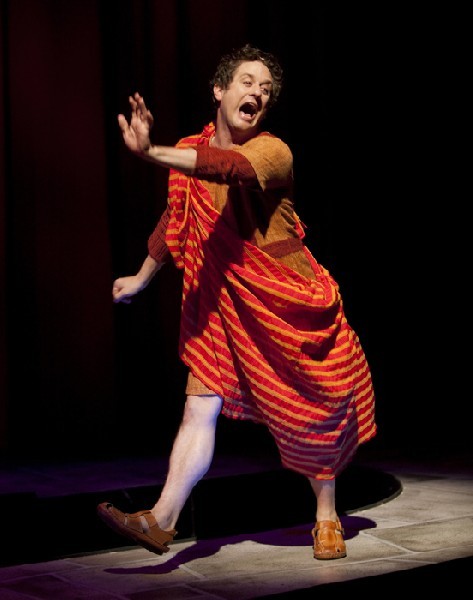 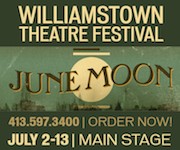 Stone directs June Moon this season on the Main Stage of WTF.

The Williamstown Theatre Festival launches its season this week with the Ring Lardner and George S. Kaufman comedy June Moon on its Main stage.

For the third time the brilliant actress and comedienne Jessica Stone returns to direct. She made her directorial debut at WTF with the hilarious, smash hit, Sondheim’s musical A Funny Thing Happened on the Way to the Forum.

She got her start as a director through her friend and mentor Nicholas Martin who was then the artistic director of the Williamstown Theatre Festival. As it was for so many during his time at WTF Nicky was amazingly generous to me during a number of remarkable interviews. He always made time to talk about the productions although he was not available when he became too ill.

Typically, our first hilarious encounter occurred emerging from the men’s room during an after performance party. Somehow we talked about our angioplasties. “Don’t you just love them” he said. Of course it wasn’t that amusing when after that season he suffered a stroke. With assistance he continued for two more seasons and worked both coasts, His final triumph was directing the Tony winning play Vanya and Sonia and Masha and Spike. It was one of a number of Broadway shows for Martin.

During a recent WTF press conference I asked Stone to discuss her relationship with Martin and the concept of Williamstown Theatre Festival as a family.

It was an emotional question for her as she responded.

“It was fairly recent that we lost Nicky so forgive me if I loose my composure. He really was like a second father to me and to many of us. Nicky had many children.

“For me Williamstown is synonymous with Nicky. It started as a family. There are still the original family members. The Nikos family. It has grown over the years to include new members. That continues. What’s lovely about this place is that we continue to see members from way back when and continue to welcome more.

“What you find about him, which rarely occurs in the business we’re in, is that he would have a hunch and just give somebody new and young a shot.

“He started to hear how I talked about a scene or a play and he said, you know what, why don’t you try doing this new play during Breaking Ground (a showcase for new works) at Huntington.

“He wanted me to be in Forum (Sondheim’s A Funny Thing Happened on the Way to the Forum). I told him x, y and z here’s how you should do it. Neutralize the sexism.

“You’ve never directed anything before and for someone to say to you direct a Musical (emphasis) on the Main Stage (emphasis) of Williamstown, is kind of unheard of. With an all male cast and a really wonky concept.

“It was unheard of. That was the thing about Nicky he would get a hunch. There are hundreds of actors, designers, producers who are who they are because he had a hunch.

“The last time I saw him was before I went out to the Old Globe to mount his Vanya and Sonia and Masha and Spike because he was too ill to keep the commitment. I saw him about a week before he died.

“I told him I’m torn between these two actresses. One I know and the other is a total rookie but she really inhabits the style. She doesn’t have an Equity card.

“He said ‘Well, you know me. Always give the new kid the shot.’

“To me that’s the mark of a great man and the spirit of this place (WTF). There are apprentices and non equity actors and all of this new energy coming in. They just want to be a part of what we do and Nicky welcomed them with open arms.”

In the format of the Williamstown press conference we rotated with brief one on one encounters with the actors and directors.

It was with some trepidation that I approached Jessica.

Four years ago I spoke with her on a couch at the Williams Inn. She was exhausted after a commute from New York and an intense rehearsal for a reading of Last of the Red Hot Lovers at the Clark Art Institute. It was also the first time that I interviewed Jenny Gersten, who has taken a job in New York, but programmed her fourth season for Williamstown Theatre Festival. A couple of seasons later Stone directed that play for WTF. We spoke last summer with Gersten at the end of her third season.

For a variety of reasons the interviews didn’t mesh. I got off on the wrong foot with Gersten. It got worse and now is a whole lot better. Some of that tension spilled over to my encounter with Jessica.

She greeted me warmly but I asked if she remembered me.? Emphatically she responded “I do.” That led to a shaky inquiry of “are we good?” To which the response was a reassuring “We are.”

As we heard recently in the Barrington Stage production of Kiss Me Kate the showbiz anthem is “Another Op’ning Another Show.”

Surprisingly she said “It was great. I remember being exhausted.”

I asked about her evolution as a director which started at WTF with Forum. Then Red Hot Lovers and now June Moon as her third WTF production. Have there been others? And how has she evolved as a director?

“I have. I directed Vanya Sonia at the Old Globe . The evolution as a director started twenty years ago. I was always the actor who cared about a light cue of a scene I wasn’t in. I am now up to five productions. I did something for Theatre Works. We’re doing Vanya Sonia at the Huntington (Theatre Company in Boston) actually that same production. (January 2 — February 1, 2015. Martin was artistic director of the Huntington for many years before three seasons at WTF.)

Turing to her husband Chris Fitzgerald who will appear in June Moon I asked if she is easier or less to live with now that she is a director?

“It’s become almost unbearable” he said with a comic flourish. “We’ve worked together a bunch of time over the course of the 64 years we’ve been together. But first as actors and now with her as director, I think she’s the best.”

What’s it like as a creative couple? What are the stresses and strains?

“Five and six” she said.

Both replied “Today yes.” He added “Yesterday we had to take one naked to camp.”

It was interesting to see Fitzgerald up close. “I’ll always think of you as Pseudolus in Forum. It was such a memorable role.”

“Now I have a moustache” he answered.

Too soon parting was such sweet sorrow.